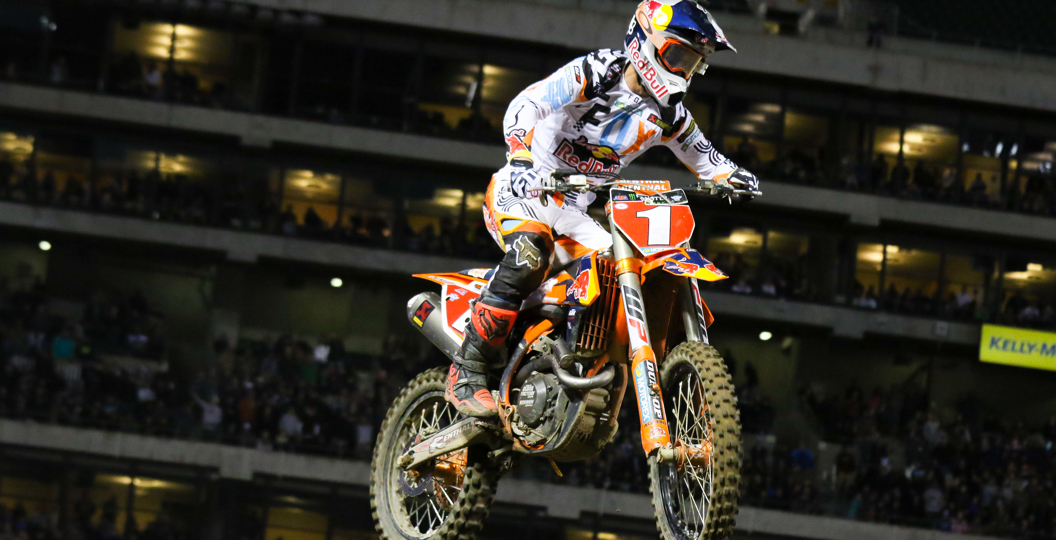 This 2017 Monster Energy Supercross season has been weird, for sure. Riders like Cooper Webb and Eli Tomac, who struggled through the first couple of races, are now up to speed and going after wins and podiums. Then there is someone like Ryan Dungey, who isn’t at his best (judging off his usual level of excellence) as he’s ridden three-straight semi races and hasn’t looked as great as usual. Chad Reed’s been off the pace, except for Glendale where he was amazing and finished second.

Jason Anderson was disqualified from a race! Malcolm Stewart didn’t even show for the first two rounds! Weston Peick was fifth (?!?) and then broke his wrist! It’s been a bit weird to put my finger on what’s exactly going on out there week to week.

Part of that is the rain in California has made the race tracks hard to actually, uhhh, race on through four out of the first five rounds. The riders aren’t working on racing each other; they are just trying to do the obstacles. I think going forward from here we’ll see some more “normal” races and more “normal” positions from the guys.

I hope so because, right now, it’s really playing havoc with my fantasy supercross picks!

I thought we’d take some of the riders’ post-race comments from Oakland and you guys are lucky, because I can translate their comments for you.

Ryan Dungey on being passed by Eli Tomac in Oakland and finishing second: “I could gauge where Eli was. I saw he was doing that rhythm lane. All in, it was a good night. I’m really happy with it. It was just a couple spots I was losing time on the track. I’m happy with that. It’s not like it’s a bike thing.”

Translation: “Having Tomac catch me from nine seconds down sucks really bad and I’m not stoked on this. It’s totally a bike thing.”

Eli Tomac on his heat race in Oakland: “It was pretty bad. In the heat race I felt like I didn’t even know what I was doing, really.”

Translation: “OMG, did you see how shitty I rode in my heat race? Wow… I don’t know how I won this thing tonight!”

Cooper Webb on getting passed by Tomac and finishing third: “It’s tough, the line of how much effort do you put in and that line of getting a little sketchy and trying to just have a good race. So, for me, that’s I think when it kind of hit. Once he got around me I tried to stay with him for a few laps and made some mistakes. I think that’s when I just kind of almost settled and just rode it out.”

Translation: “Man, I didn’t want to do that three-four anymore. I’ve never gotten a podium in 450SX and wasn’t going to screw that bonus up. Tomac can have it.”

Ryan Dungey: “You put in a good lap in practice and you’re ninth. You’re like, ‘Wow – that was all I had.’ But, for the team, we went back and we decided to do some changes that were good. A track like this, it requires a good setup. It’s not just a hard-pack track where you can get away with a lot. I was frustrated. I just wanted to be better.”

Translation: “I rode hard in practice and was ninth. My bike sucked bad and with this POS track that’s a big thing for me.”

Shane McElrath on losing the points lead: “It’s been a tough five races and it seems like every weekend it’s only gotten tougher kind of having the target on my back. We’re one point down now and I couldn’t be more relieved.”

Translation: “First few races were cake, but the last few have been sketchy because I’ve been hitting the ground hard. In fact, I’m lucky that I’ve even made the last two main events. I’m so lucky to just be one point down!”

Justin Brayton on his race: “Honestly, at one point in the main event I was pretty excited for this race to be over. It was so sketchy.”

Translation: “Honestly, at one point in the main event I was pretty excited for this race to be over.” 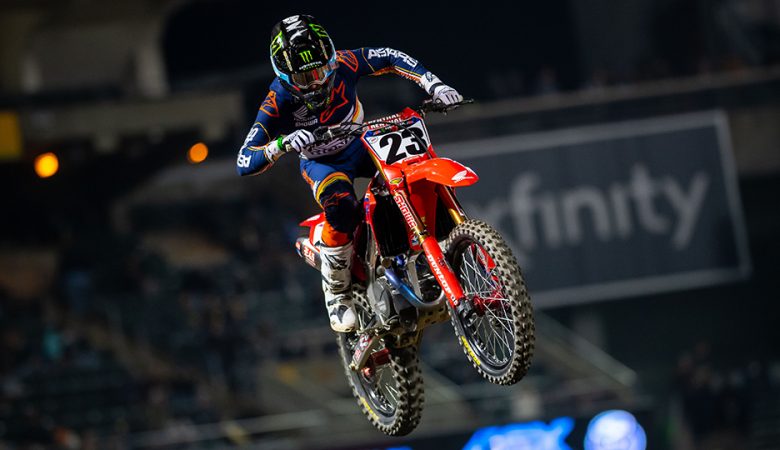