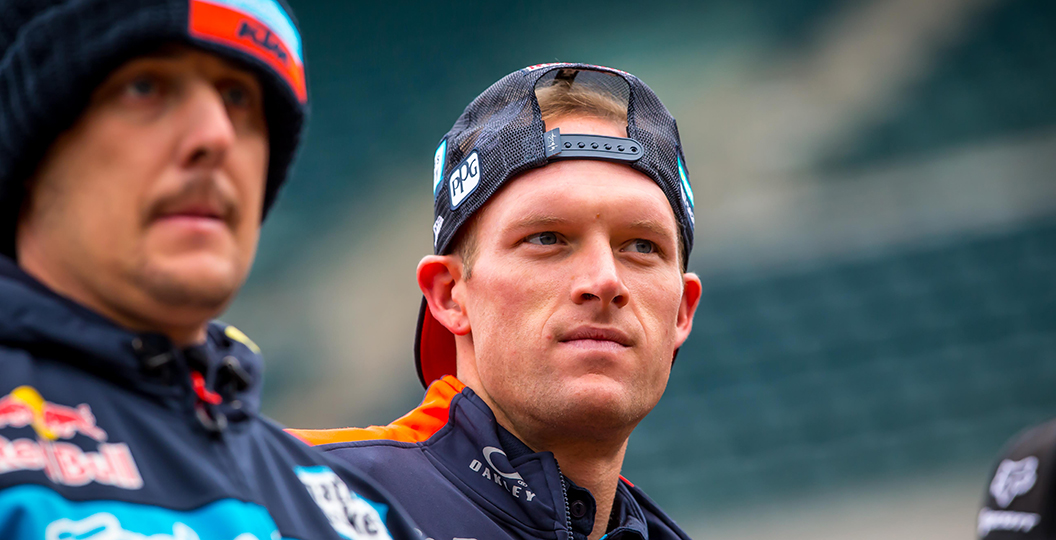 Interesting to see a couple of riders who are switching things up for 2020 in an effort to break through and capture their first 250SX or MX title. Jordon Smith and Shane McElrath were teammates the last few years on the Troy Lee Designs Red Bull KTM team and gathered wins and podiums for the team but could never break through and grab a title. Both racers really started to emerge once they went to TLD and, at times, things looked pretty good for both of them.

Injuries, some bike mechanicals and, in some cases, just getting beat led to both riders being unable to seal the deal and this past year the wheels just came off. McElrath started the year indoors strong but then tweaked his back and couldn’t get onto the podium again. The team eventually benched him for a couple of reasons: One being to get his back healthy again and the other was to not point out of the 250SX class again, which – due to his great results the last few years – he was on the verge of doing.

Smith, like McElrath, started the 250SX East series strong but then crashed and hurt his wrist. He sat out for a bit but came back and couldn’t ride anywhere near his potential. He rode a couple of nationals but packed it in early for surgery and then a follow-up surgery afterwards. Smith’s grand total of seven races in 2019 made it one of his worst seasons.

McElrath came back for the outdoors and just could never get it going like he had in the past. In fact, he was logging some of his worst motocross results of his career until late in the season at Budds Creek when he dominated on the day going 1-1. It really came out of nowhere and was a great day for Shane and the team. A lone bit of sunshine in a dark year.

Underneath all of these off-kilter results were both riders not being that happy with their bikes and some hard feelings developing between the riders and the team. There were rumours of KTM Austria getting involved and wondering what was going on with the team’s results and both riders seemed to be unhappy with the chassis/suspension. However, to me, I get it the results aren’t there but in 2018 both riders won and were close to titles. What could’ve changed in one year?

Well neither Smith nor McElrath are going to stick around to find out because they bolted for greener pastures. McElrath is going to Monster Energy Star Racing Yamaha while Smith is joining Monster Energy Pro Circuit Kawasaki. The TLD guys are revamping their programme, going young and that will be interesting to watch as well.

The departure of McElrath in particular rankled some within TLD, because the team had worked with him to sit him out of races he could’ve raced in order to save him for 250SX in 2020. Now that he’s been “saved” he could be beating all of the riders on his old team! Plus the fact that the TLD guys discovered Shane and gave him his first shot on a team. For his part, Shane’s done nothing but publicly handle himself with class and operate the same way leaving as he did getting there. Make no mistake about it though, there are some hard feelings here.

Smith got out of a signed contract with GEICO Honda to head to TLD, and he and team manager Tyler Keefe seemed to hit it off. Jordon’s issue isn’t with the team as much as he felt the bike was holding him back. If you go back and look at his GEICO departure, that was the reason he left there. He showed though that he might’ve had a point as his results got better on KTM than they ever were on Honda.

I think 2020 is pivotal for both riders, because when you become a veteran of the 250 class and you have factory equipment you are expected to win races. The experience you gather while some of your top competition graduates puts you naturally in a spot where eyes on focused on you. Both riders wanted off that KTM and both feel like they got an upgrade with their new teams.

Fascinating to watch all the principles here and see who made the right or wrong choice. Buckle up!