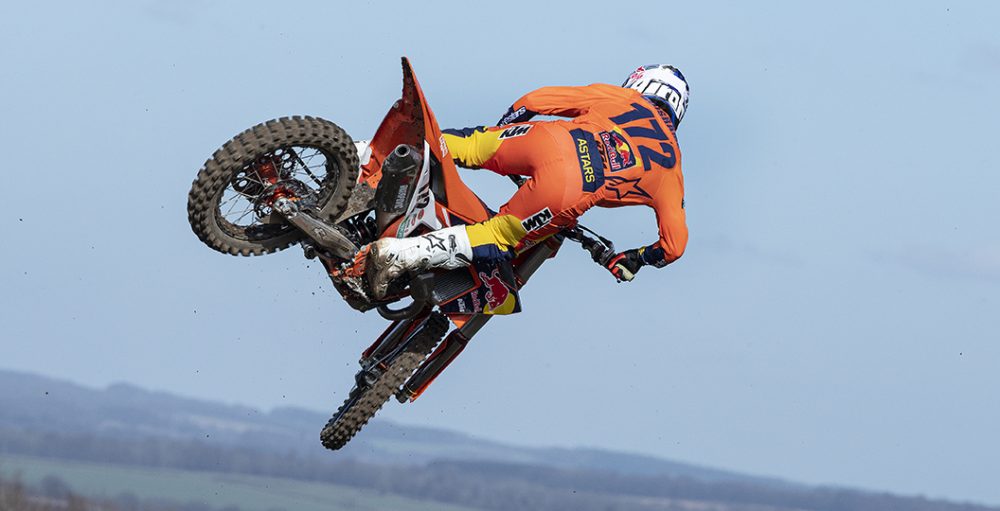 Mathys Boisrame was given the opportunity of a lifetime in the week prior to the opening round of the 2022 FIM Motocross World Championship, as Red Bull KTM Factory Racing gave him an opportunity to fill Jeffrey Herlings’ vacant seat. Boisrame did well during the timed sessions – he set the eleventh-fastest lap in practice. There was an incident in the qualifying race that halted his momentum, however, and one that has scuppered his ‘orange’ opportunity.

“In his place on a temporary basis was former MX2 podium finisher Mathys Boisrame. The 23-year-old is negotiating his first term in the premier class but a fall in Saturday’s qualification heat led to a painful right shoulder with a broken ligament and he could not compete on Sunday.”

For Boisrame, the opportunity to represent such a prestigious outfit was a lifeline. The deal that he did with 2B BOS CBO Kawasaki seemed like a promising arrangement to begin with, as it was reported that the Japanese manufacturer would be involved, yet it did not seem to give him a platform to race at the highest level. Boisrame was not on the provisional entry list for the Grand Prix of Great Britain before his move to Red Bull KTM Factory Racing.

Now, it remains to be seen if he can return to the domestic team once healthy. For Red Bull KTM Factory Racing, it is unlikely that they will fill Herlings’ seat now. Antonio Cairoli told the big bosses that he is not ready to race at this level yet and, truthfully, there are not many other options within the Grand Prix paddock. Tom Vialle gave the squad something to smile about at the opening round, as he secured second overall in the MX2 division via 2-3 scores.