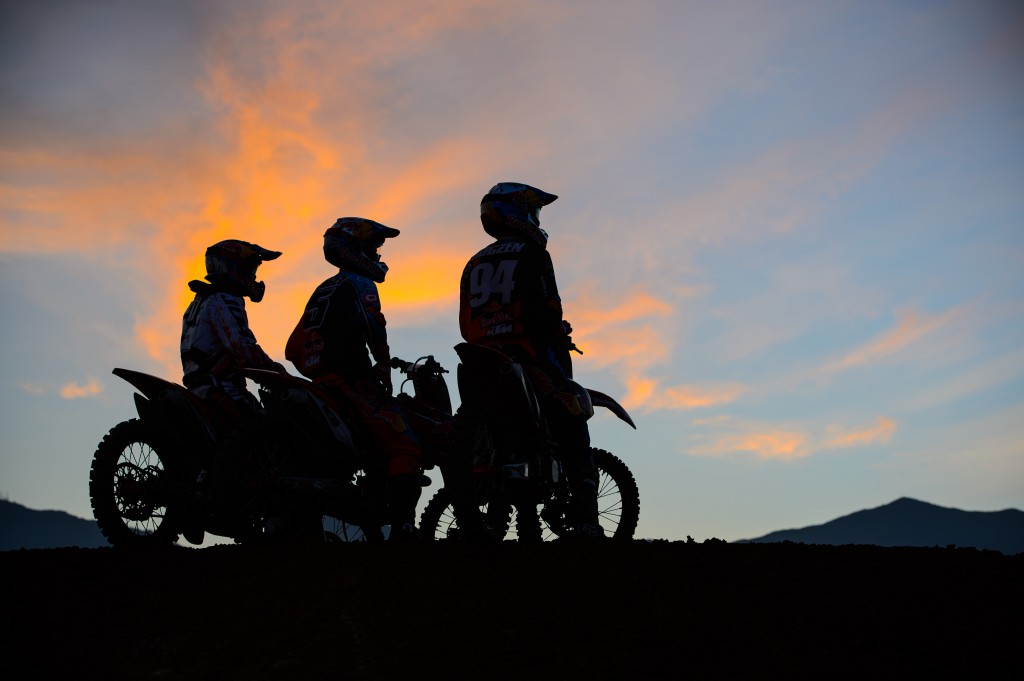 Masters down. What Next for British Motocross?

With Ken Winstanley closing the curtains on an illustrious thirteen years with the British Masters, the negatives are a kick in the balls for British Motocross. Although, thinking positively, it gives somebody the opportunity to carry on where Ken left off.

The Masters had a cult following, a place where amateur riders could ride the best tracks in the UK and also the opportunity to contest for a meaningful championship. I only say meaningful, as after 13 years the series carried a lot of weight from amateurs and pros – this is not a dig at other championships, but the Masters did have heritage.

Now one chapter has ended, and I think its safe to say that all the hard work that Ken and the team put in wasn’t reflected by the numbers on the gate, with round seven being called off due to low numbers.

Unfortunately we’re in the middle of one of the worst recessions this country has ever faced, so doing skids and wheelies every weekend is getting tougher – especially for the family man. Trying to justify riding (although the washing machine is dying on its arse) with “you have no idea how much quicker I will be with this new Exhaust love”. Or the old, I’m doing this for ‘Harry’ – it’s all about the kids. Although we are all trying to pull a fast one on our loved ones to ride – the fact is racing costs too much.

This year MX Vice has supported 22 riders up and down the country, we don’t name everyone, but we have helped from British Championship down through to the BSMA – we try to help out at every level.

One family we have helped for the past 3 years is the Ford family. Many people will know Neil and Michelle, Conor and Callum, they are really nice and your typical MX Family – making sacrifices everyday so the boys can ride weekends. This year the budget couldn’t stretch to the Red Bull as the travel, fuel, work lost, race fees etc mounted up, so they had to make a sacrifice. I asked Neil recently what a typical two-day weekend at racing cost – the breakdown follows:

At that point I didn’t want to ask about parts, tyres, oils and so on, as wear and tear would put a minimum of £50 on each bike that weekend. So, I think we can safely say each weekend will cost a single rider entering the Red Bull, GT Cup, BYMX or your club for two days, £200 minimum. Our riders at Youth level need to be competing in 2 Championships a month to ‘keep’ up with the other riders as practicing gives you bike time, but we all know it doesn’t work on your race speed.

Motocross has to get back to being affordable to get the gates full.

I’m a kid who had the opportunity to ride in the 80’s, ask anyone in that era and they will tell you how good it was. The riders coming through then went on to become British and World Champions and pretty much done it from a beat up Bedford and a Ford Sierra with a trailer. The only person who had a camper when we were younger was Chris Williams, and his dad owned Motorcycle World in Wales. Is it Motocross that has got too expensive? Or is it the pressure on us to have the latest products, and the biggest camper in the pits? Do you really need all that to go racing?

Look at every level of Motocross – at the moment there are only a certain amount of people who can afford to ride. In the GP’s, it’s not entirely Youthstream’s fault that there isn’t 40 on the line. It’s a case that the cost of riding at that level is too much, and only a select few in the World can sustain that. I constantly here about ‘Daddy’ paying for everything (and I will get into that in another blog), but if you had the opportunity to make things happen for you children and you had the opportunity would you? I have three kids, and there is nothing in this World I wouldn’t do for them.

It all comes down to desire and sacrifice and how much fight you have. If you want to make it, you don’t need an RS Motorhome and all the extras – you are just being told that to fit in. What you need is a plan, sacrifice and desire to succeed. My example is Mark Hucklebridge; he travelled around Europe to ride the GP’s on a very modest budget like a lot of other people at that time. Yeah, they had prize money back then, and yep, you’re right, that paid for Mark to get to the next round. But ask Mark how much he sacrificed to make that happen? Don’t get hung up on Prize Money – think smarter. If you want to be a pro on a budget you have to use everything and I mean everything at your disposal. Use yourself, and your journey as a promotion tool – that has a value in it, as social media helps you get that message out there. Any pro that hasn’t got Twitter, Facebook or Instagram, shame on you. Any pro that hasn’t got a website – again, shame on you. These are your tools to help build your lifestyle, gain a following, fans, and exposure, which will make you worth something to someone – you just have to connect the dots.

How many riders have thought about ditching the Van, getting a tent, and trying to get sponsored by Cotswold Outdoor and get paid to blog about their GP journey around the Europe or the World? None. No one in life is going to give you anything on a plate; you have to work for it.

How much do you want to ride? Kids, get a job, paper round, work hard at school, help your parents prep the bike, clean the van and bike etc. Adults – Do you really need that 50k Motorhome? How about a 10k van and tent, and 5 years racing instead?

Hey it’s just my thoughts, observations and opinions. They may not be right, but hey, I’m throwing it out there.

Have a good weekend. Unfortunately, it won’t be at the Masters.