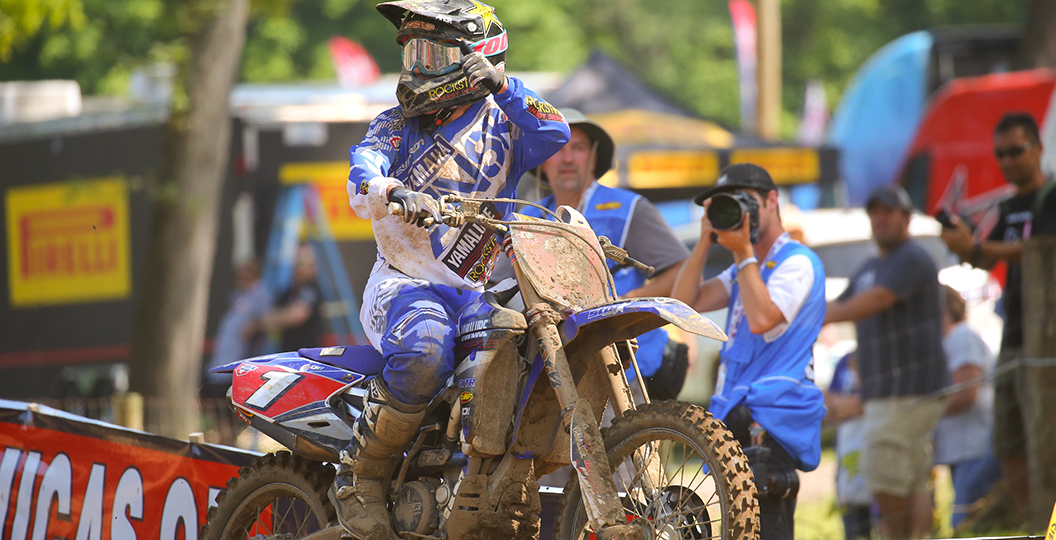 Martin took his YZ250F into a last moto duel with Marvin Musquin in what had been a battle across twelve rounds (and twenty four races) spreading the width of the U.S. Martin was able to triumph by twelve points thanks to nervy results of fourth and ninth in the season closer and as Musquin suffered mechanical trouble.

The scrap had begun in authentic fashion at the championship opener at Hangtown where the duo swapped victories. Martin, 21 years old, would go on to earn another eight chequered flags (Musquin owning ten) and a total of fifteen top three finishes but the dispute would ultimately end on the dirt at Ironman.

“I knew it would come down to the last race, the last moto…and it did!” he said to Lucas Oil AMA Pro Motocross Championship TV. “It was exciting for the fans but I must say I am glad it’s over. Marvin pushed me to my limit and even further and I appreciate that because it is only going to make me better.”

“Through 12 rounds 24 motos I was able to defend my title. It was the hardest thing I’ve ever done!” he later posted on his personal Twitter account @Jeremy6Martin

Martin was backed up by the speed of team-mate Cooper Webb on the YZ250F who claimed three wins and finished in the top two in eight motos of the eight rounds he contested (missing four events due to injury). Webb, the 2015 West Coast Supercross Champion, will next travel to Europe with Martin to represent Team USA for the Motocross of Nations at Ernee in France at the end of September.