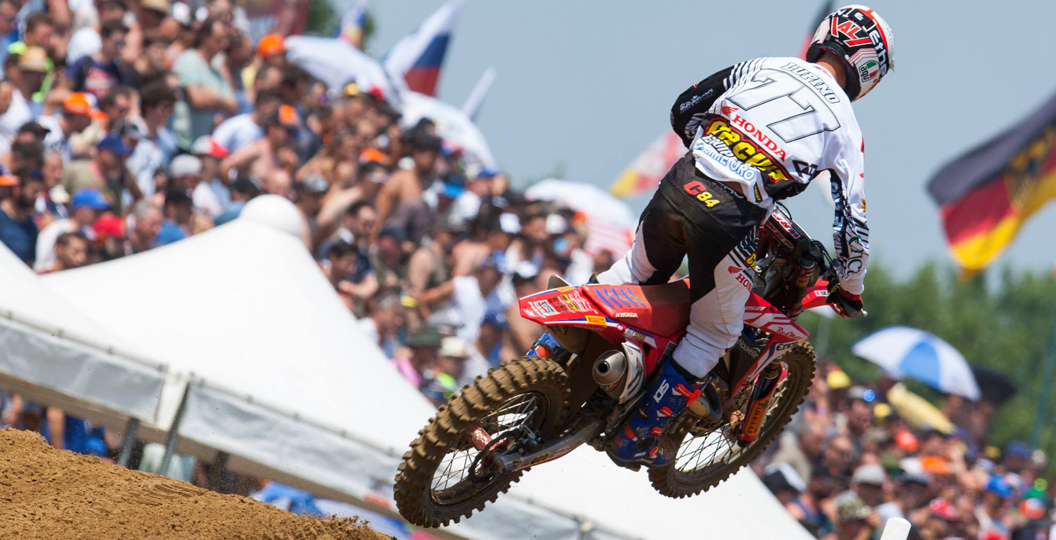 Alessandro Lupino has quietly come alive in the second half of the FIM Motocross World Championship, as he has hovered around the top ten in the premier class more and even finished third in a mixed moto at the Motocross of Nations! That was not enough to keep his ride with Assomotor Honda, however, so he has signed a new deal with the Gebben Van Venrooy Kawasaki team.

“Signing Alessandro means a step in the right direction for us,” said Ruud Van Venrooy, the team manager at the Dutch team, in a press release. “In addition to the fact that he is a good rider, he fits well in our team. I am very glad that next year we have such a strong lineup and I can see it all with confidence.“

It also seems that Maxime Desprey will return to the team to compete in the premier class. Gebben Van Venrooy Kawasaki did not compete in the flyaway events this year, but it is thought that they will at least head to Argentina to start the 2018 FIM Motocross World Championship.