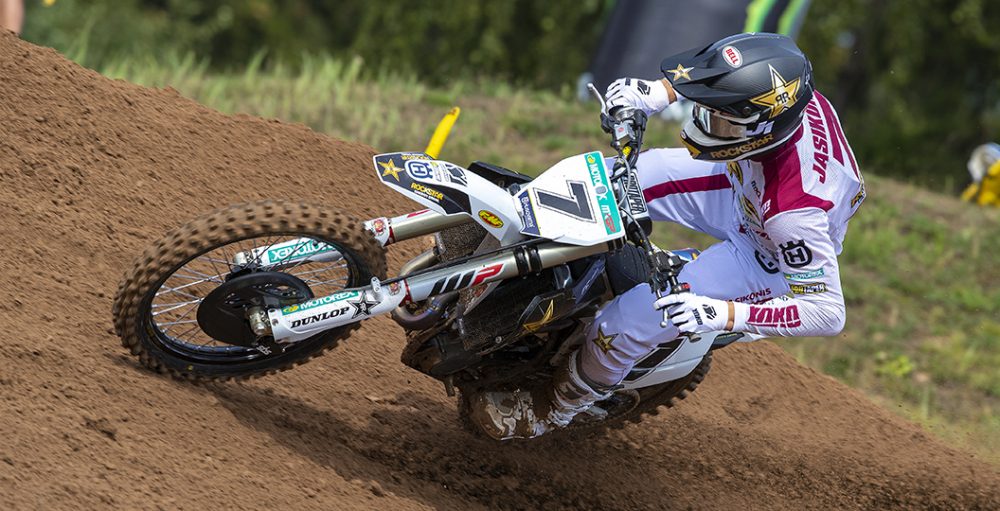 Lithuania select Motocross of Nations team! Team Lithuania become the fourteenth nation to confirm their participation at Mantova on September 25/26. Dovydas Karka (MXGP), Erlandas Mackonis (MX2) and Arminas Jasikonis (Open) will represent them in just under a month. Team Lithuania has not actually qualified at the event since the 2016 Motocross of Nations in Maggiora, Italy, which was the last time that AJ represented his nation as well.

“Three best athletes represent each country, so being one of them is a great honour. We are not the strongest team objectively, so the goal is to make it to the A-Final. I feel great honour and responsibility to represent Lithuania, and I am grateful to LMSF for believing in me and giving me a chance to fulfil my childhood dream. I hope not to disappoint myself and the whole nation, so I will give 100% on the track.” – Arminas Jasikonis

Jasikonis was actually down to represent Team Lithuania at the 2019 Motocross of Nations and did take to the track, but he made it just six laps in MXGP free practice before withdrawing with an injured ankle. With Jasikonis sidelined, Lithuania were effectively ruled out of qualifying for the big show. Dovydas Karka, who is down to race in MXGP this year, was the team’s best placed rider in the B-Final.

Returning to Mantova is going to be a poignant point for Arminas Jasikonis, as it will be the first time that he has returned to the venue since he sustained life-threatening injuries at the venue. The Motocross of Nations will be run at the same track 364 days on from that day. Jasikonis has impressed in his return to racing so far this year – he finished sixth in the second motos at the Grand Prix of Flanders-Belgium at the beginning of the month.