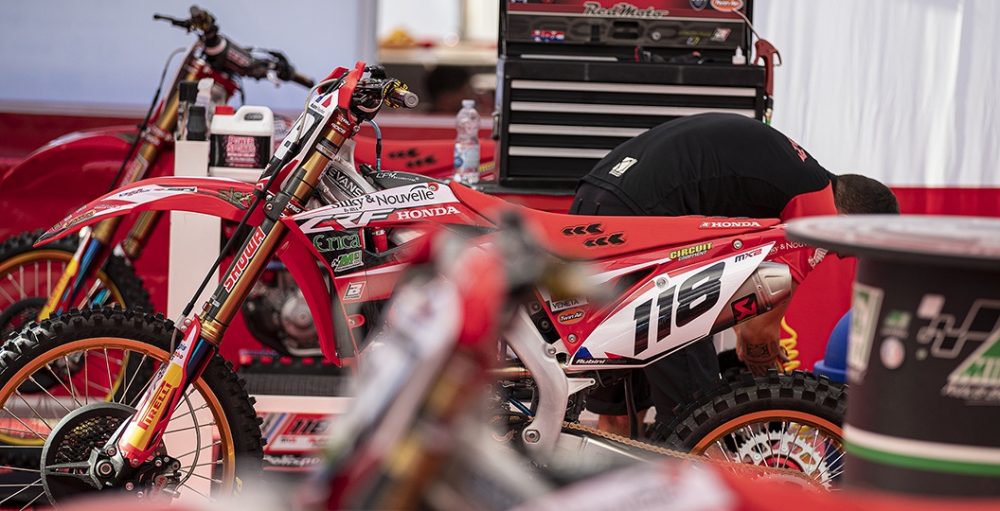 MX Manager is back! Following that difficult time of it during the Latvia triple header in August, which was actually caused by the positive news that a lot more traffic hit MX Vice that week, the fantasy game is going to return for the sixth 2020 FIM Motocross World Championship race in Faenza, Italy. That means there is a lot to discuss too, including some of the juiciest picks in the MXGP and MX2 classes. You could win a gear combo (plus a helmet) from our friends at Greenland MX this weekend too, so bear that in mind.

Thomas Kjer Olsen will indeed return for the sixth round of the series, after skipping Latvia 3 with a shoulder injury, and still sits at the fairly average price of €350,000. Olsen himself has admitted that his shoulder has healed quicker than expected, which sounds positive, so it seems that a top-five finish would not be far out of reach. That would be an impressive return, considering how cheap he is currently. It is important to bear in mind that his price could rise dramatically after this weekend, so the value may not last long. Act fast!

I want to believe that Stephen Rubini is going to pay off rather soon, because it feels like it is only a matter of time. Is that going to happen at Faenza 1? Insert shrugging emoji. Faenza should be a track that plays to his strengths and if he hits the top ten then those results would be a great return at €275,000. It is a gamble though and it could bite you. The upside is that if he does not pay off at all then you are not throwing much of your budget down the drain. Maybe it is worth a punt?

If you construct your team and find a way to have €150,000 spare at the end of the process, then it is worth finding space for Dylan Walsh. Walsh got points at Latvia 3, despite having very little preparation and going straight in at the deep end, and that track does not suit him as well as Faenza should do! Any ranking inside of the top fifteen would be a good return on his price and there is potentially more upside with Walsh then guys like Adam Sterry (if he was racing) or Valentin Guillod (€125,000).

This is really a gamble, but it is just worth a punt at only €75,000. A round of the Italian Prestige series was run at Faenza in July and Nicholas Lapucci battled with both Gautier Paulin and Jeremy Seewer. Yeah, really. Will he do that again this weekend? Probably not. One would think that he would flirt right on the edge of the top fifteen though, which is an incredible return at €75,000. The only downside to this is that a majority of players will pick him.

It seems as though a lot of you are selecting Shaun Simpson. A former Grand Prix winner at €225,000? Why not. Well, he is not even here in Italy. Those bumps and bruises that he picked up in Latvia have forced him to sit out. Stay away. This actually brings up an interesting point though, because the one-day schedule has limited the amount of information that people can digest. How many people will notice that he is not taking part in time practice? There is only an hour between the end of that session and the deadline.

Evgeny Bobryshev is healthy and at an incredibly low prize. It is a trap though! Bobryshev is not actually in Italy, as he is racing a national event in the United Kingdom this weekend. It would be worthwhile, but do not be fooled. Josh Gilbert, his teammate at PAR Homes RFX Husqvarna, is obviously not here either, which is worth bearing in mind too. See, it really does pay to do some research before jumping into the prices! It can be a dangerous game, this.