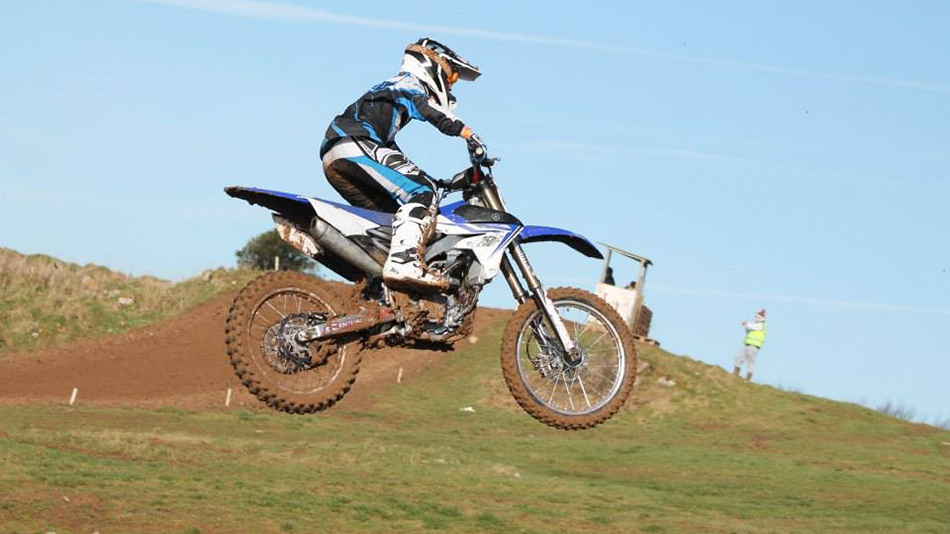 Catching Up with: Liam Garland

Liam Garland was tipped to do great things last year, as he had a solid winter preparing for the new season. However, he was struck down by a knee injury at the start of the year, which forced him onto the sidelines for the whole season. Garland is ready to go again this year; we caught up with him earlier this week to find out how his rehabilitation is going, and to talk about his assault on the MX Nationals series.

MX Vice: Liam, you have been out for a while – what has been the worst part about your time off?

Garland: Pretty much all of it! Although not being able to ride for so long has opened my eyes a little, and has only made me more motivated.

Garland: Awesome! I rode Yamaha for a short time at the end of the 2011 season, and got on well with it. But this year’s 2014 bike really is something.

MX Vice: You seem to be a very level headed guy that works hard, trains hard and is focused on your racing, is this the case?

Garland: Yeah, I’d like to think so! The way I see it, you do all your hard work during the week to prepare yourself in the best possible way to go racing at the weekend.

Garland: Very important, the thing about social media is that it can be shared by thousands of people. It can be seen by anyone, anytime and anywhere in the world.

Garland: First of all, the tracks that have been chosen are all top tracks. Also the series has good organisers, prize money, coverage for sponsors etc so that makes it stand out.

MX Vice: There are a few championships but what do you think is going to be the best part of the MX Nationals?

Garland: I like the idea of having a ‘fastest 40’ as it is the only series that offer the same fairness. If you’re fast enough, you’re in. So, you have to let your riding do the talking.

MX Vice: What track are you most looking forward to riding in the series and why?

Garland: I’m most looking forward to Canada Heights, I have always had good results/rides there. It’s one of those tracks for me that as soon as I arrive there I have a good feeling about the weekend.

MX Vice: What are your goals/expectations for the series, there are some very strong riders in the eighty qualifiers looking to make it into the #Fastest40?

Garland: It’s hard to say really. I’ve put all my work in during the winter months to get up to speed/fitness. But there are a lot of fast guys who also put the work in. I would like to think I can run within the top 10 in MX2 and go from there. I’m excited to bang bars with the 450 riders too!

MX Vice: What track would you like to see on the calendar for 2015?

Garland: I’d love to see Desertmartin for 2015 – that place has always been one of my favourite tracks!

MX Vice: What other series/races will you do this year?

Garland: I will also be racing in the MX2 class at the Maxxis British Championship, and the Red Bull Pro Nationals.

MX Vice: What is your favourite practice track?