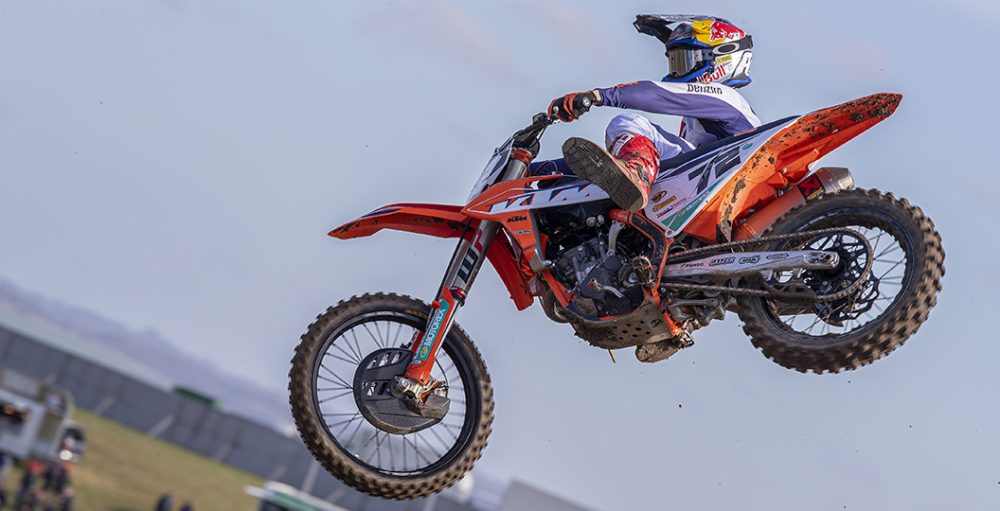 DIGA Procross KTM’s Liam Everts was set to begin his professional career at the opening round of the 2022 FIM Motocross World Championship, the Grand Prix of Great Britain, over the weekend. After finishing seventh in the EMX250 championship standings a year ago, he made the jump into MX2 on a full-time basis with support from KTM. A fall in the qualifying heat on Saturday ruined his debut – he did not even make it around the first corner before hitting the dirt. Unfortunately, a broken finger was sustained in that crash.

“Unfortunately I got taken out in the start crash of the qualifying race and broke my middle finger and dislocated it. I wil undergo surgery tomorrow and wil know more by then.”

It remains to be seen how long Everts will be sidelined for, but it’s unlikely that the process will be rushed. There is nothing to gained by putting himself at more risk in a season that is all about learning. For now, DIGA Procross KTM will be represented by Thomas Olsen in the premier division. Olsen was eighth in the overall classification at the Grand Prix of Great Britain via 8-10 moto scores. Olsen was clearly the strongest KTM rider in the class, as Red Bull KTM Factory Racing are struggling with injury woes of their own.