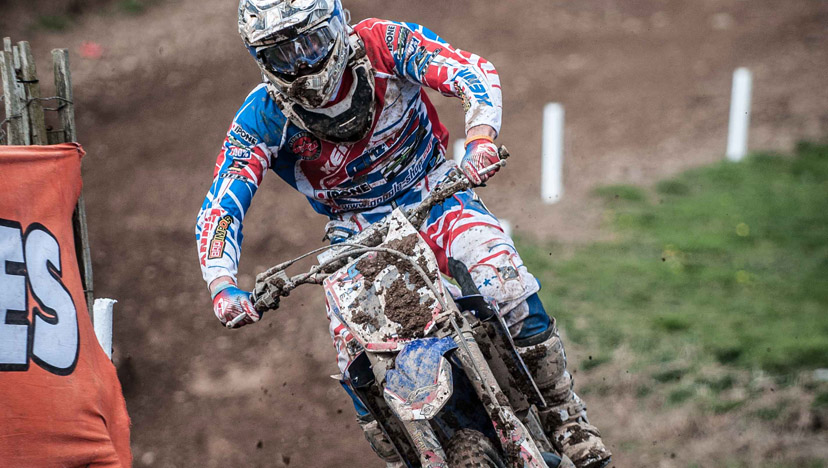 Lewis Gregory in for the 2 Strokes!

Lewis Gregory is in for the opening round of the 2014 MX Nationals at Culham this coming weekend! Lewis will be riding the 2014 GL12 Racing YZ250 against other two strokes rather than having to battle it out with the 450f riders.

Having braved the Maxxis British Championship on a 125 two-stroke last year, Lewis found himself with a loyal fan base from all over the country! The two-stroke class is the perfect place for Lewis to get some valuable bike time, and with James Dunn, Dexter Marks, Lee Foyle, Jack Waterman, Ty Kellett, Seb Osbourne, Steve Bixby and Jordon Moyle behind the gate it will not be easy.

Places are still available in the two-stroke class for registered and non-registered riders. If you would like to enter, please email [email protected] now to secure your place for Culham this weekend.

Lewis Gregory: “I’m really looking forward to racing the new MX Nationals two-stroke class this weekend at Culham. It’ll be great training for the first European 300 round in a couple of weeks, and will be nice to be in amongst the same bikes.”

James Burfield (MX Nationals Director): “It is great to have Lewis involved in the first round. I spoke to Lewis and Bob at GL12 Racing earlier in the year, as Lewis  wanted to do the whole series, but some of the dates clashed with the European rounds. Like other people I’m really looking forward to hearing these guys rip around the circuit.”