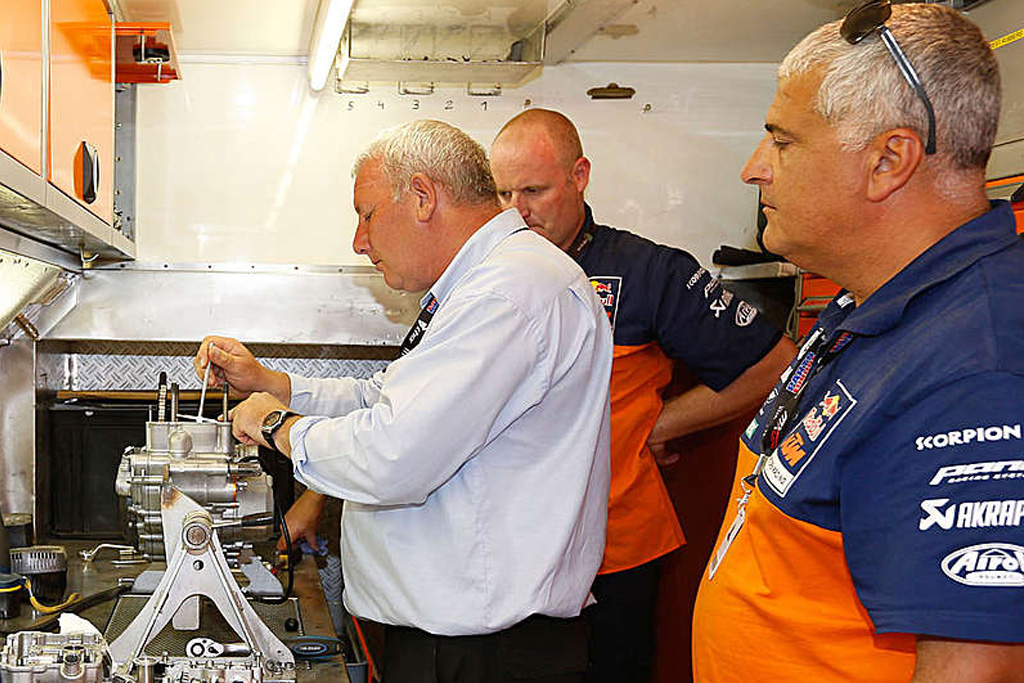 KTM Racing announces that it has welcomed the move by the International Motorcycle Federation (FIM) to officially control and verify the engine size of the bike used by the current leader in the MXGP-class World Championship, KTM Factory Rider Antonio Cairoli. FIM made the control on the racing bike engine used by Cairoli in Sunday’s MXGP of Spain at Talavera de la Reina.Following the day’s racing activities, officials from FIM made a thorough control and officially verified that Cairoli’s machine, which successfully competes against the bigger 450cc bikes in the MXGP World Championship, is, as it is correctly branded, a 350cc-displacement racing bike.

Speaking of the control, Pit Beirer, Head of KTM Motorsports said: “We very much welcome this move by the FIM officials because it is important for our company image, and for our international reputation that Tony’s factory bike not only complies with FIM rules, but also that it is verified as a 350cc.” Beirer said customers, rivals and most important, the sport’s governing body should have the official assurance that the bike in question conforms to the size as stated on the machine’s official specifications and is completely in line with FIM regulations.

Pit Beirer: “We also want our customers to know that for KTM it is it naturally vital that with the 350cc SX-F, what they see is what they get. The fact that Tony (Cairoli) has competed so successfully on the 350 SX-F since he joined our factory team in 2010 is a tribute to his exceptional riding skills. It goes without saying that also underlines KTM’s ongoing commitment to R&D and the deployment of technical expertise that is second to none.”

Cairoli, of Italy secured his seventh world title in 2013 and leads the points in the 2014 edition of the MXGP World Championship. He has won four consecutive world titles in the big bike category on the KTM 350 SX-F since joining the official KTM factory team and KTM Racing wishes him all the very best for the remainder of the 2014 Season.