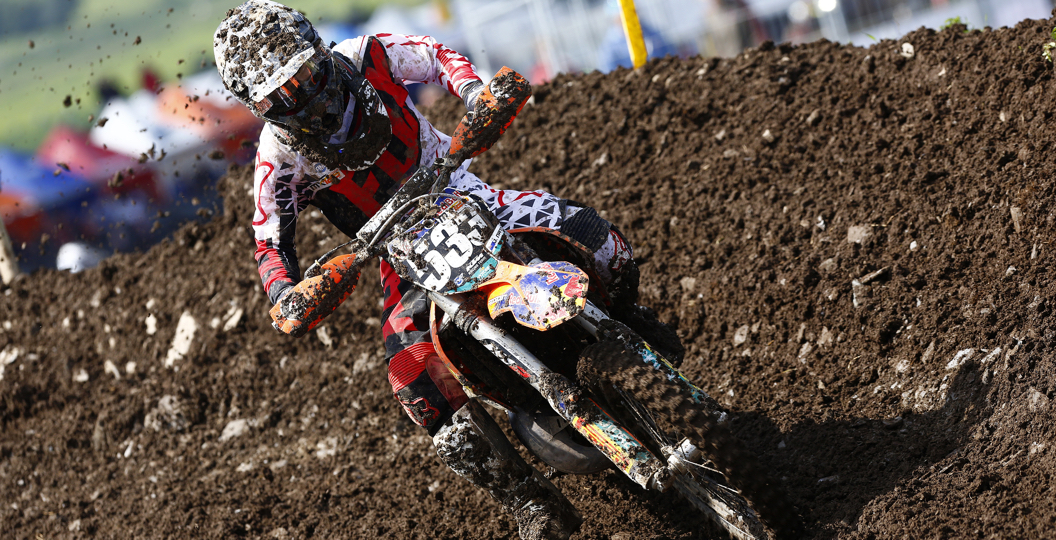 KTM Racing has announced the signing of promising young New Zealand racer Josiah Natzke for a five-year period. He will race for the KTM Factory Juniors from 2015 and will initially contest the European Championship EMX125.

Natzke, who was first seen in Europe in the summer of 2014 at the Junior Word Championships is the youngest ever 125cc open class New Zealand champion. He took the title earlier this year at only 15. He will come to Europe in March 2015 to join Stefan Everts’ KTM Factory Juniors  and will begin competing in the EMX from mid April.

Everts said he was happy to have Natzke in his lineup of young riders. “We first saw him in the summer of 2014 and we could see he had good potential, even if he was not completely fit as a result of some injuries. New Zealand has produced some very good motocross riders and we’re looking forward to having him in the Junior Factory Team.”

Speaking by phone from New Zealand, Natzke said the contract to ride for the KTM Factory Juniors was a huge opportunity. “I’m very excited,” he said. “It will be a big change for me to compete in Europe and to be moving there for the competition.”

Natzke, who will be based in Belgium for the duration of the European EMX 125 championship is currently at home preparing for the four-round New Zealand National Championship where he will race in both the 125 and 250cc class competitions. He also confirmed that he would be spending time at a “Boot Camp” training session at Queenstown on New Zealand’s Southern Island to sharpen his fitness levels before coming to Europe.

Riders in the EMX 125 European Championship will race an eight-round competition beginning at Trentino, Arco di Trento in Italy on April 19 and concluding on August 30 in Assen, Netherlands at the end of August.