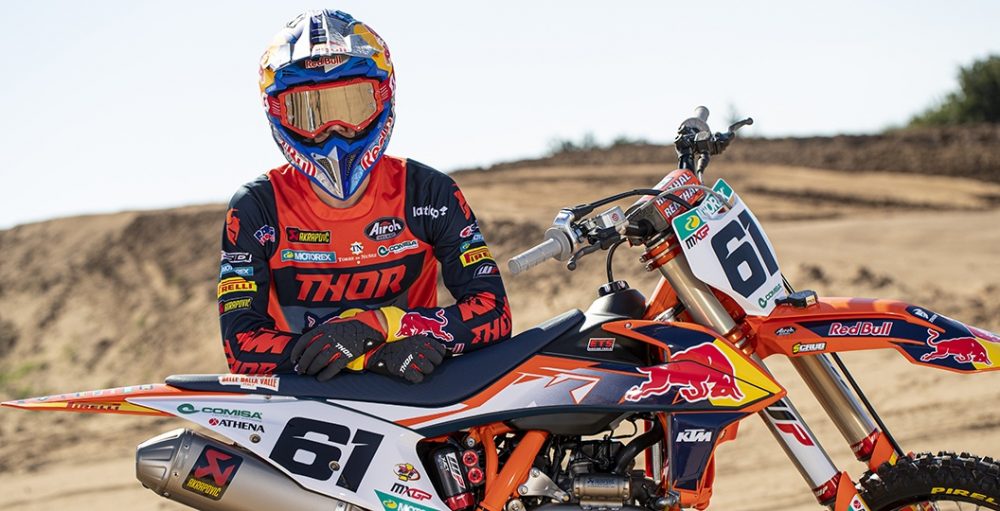 Another week and another introduction from Red Bull KTM Factory Racing. Take a first look at Jorge Prado in action, ahead of the 2021 FIM Motocross World Championship.

Red Bull KTM Factory Racing’s Jorge Prado showed impressive speed in his debut MXGP season, claiming five moto wins through 2020, including a 1-1 result on home turf in Spain. Forced to miss the final four rounds last year, the two-time FIM MX2 World Champion is back and all set to take on the 2021 season. Fully-focused on the fight to claim his first ever MXGP-class title, the KTM 450 SX-F rider is READY TO RACE!