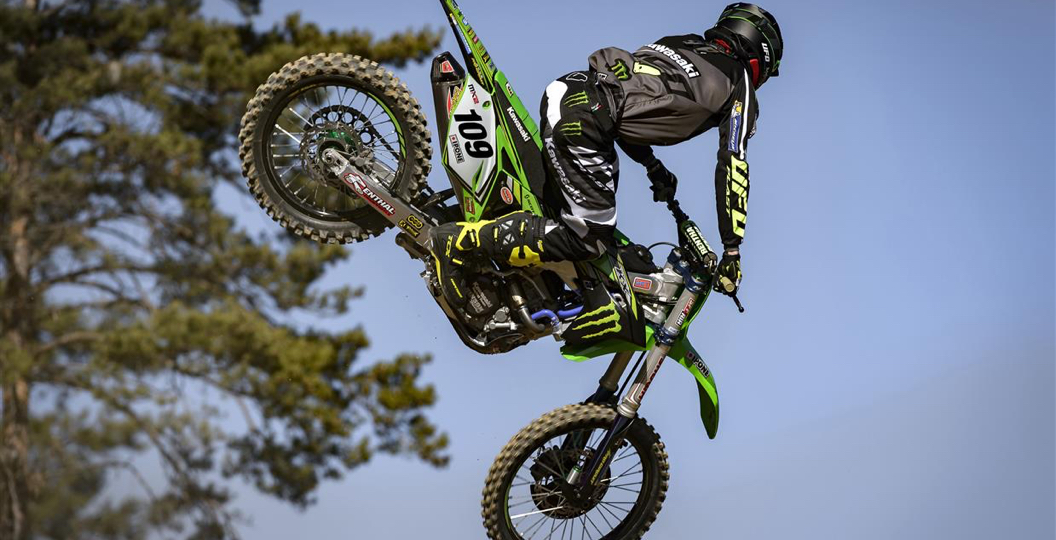 Petar Petrov will miss the next round of the FIM MX2 World Championship but the Monster Energy Kawasaki MX2 Racing Team will give a chance to young Frenchman Yannick Fabre at the GP of Patagonia-Argentina.

During his career Petar Petrov has never been one to give up and at the opening GP in Qatar it was not the first time that he had tried to race with an injury, but after a crash during the practice sessions in Losail he and the team decided the Bulgarian should rest and treat his painful ankle. Back in France for medical examinations with famous professor Olivier Dufour, who is also a great fan of motocross, Petar was delighted when Olivier confirmed that his ligaments were not broken. “Nothing was broken, but the ligaments were affected in the crash and they asked me to rest for five weeks. But I can continue to train physically as I want to be fit when I will be back on the bike two weeks from now,” said Petar, who expects to start practising in ten to fifteen days.

As all the material has already been sent from Indonesia to Argentina, the team searched for another rider for this race and selected a young French talent who never previously had the chance to race at international level. Twenty-two year old Yannick Fabre, born in Marseille Consolat (one of the most famous district of the city where soccer is the national sport) clinched several regional titles and recently even beat several GP riders such as Cedric Soubeyras and Damon Graulus during an international race at La Fare les Olivier.

“We went to this race and he impressed us a lot,” said team owner Jean Jacques Luisetti. “We knew his name and his talent, but we never saw him racing before this event and he was so determined on the bike that we approached him and immediately decided to give him a chance as we want to have three riders in all the GPs. He never had the financial means to race outside our district, but this kid won five regional championships,” he continued. “We have a bike available for the GP of Argentina, so he will do some testing with the team and the Showa technicians this week before leaving for the GP of Patagonia. He has no pressure; we just give him a chance as we want Petar to be fully fit before he returns to racing. The plan is to have Petar back on the bike at end of next week, and then we will decide if he can race or not in Mexico two weeks later.”

For Yannick Fabre, it’s an amazing opportunity that the Monster Energy Kawasaki Racing MX2 Team have offered him and a dream come true. “I can’t believe it. It’s the chance of my life and I want to enjoy every moment and for sure give my best. I know that it will be my hardest fight ever, but I’m a warrior and I will fight! I’m proud and thankful to the team, and I’m totally focused on this fantastic experience,” said the young Frenchman who will line up alongside Adam Sterry and Stephen Rubini in Villa la Angostura.