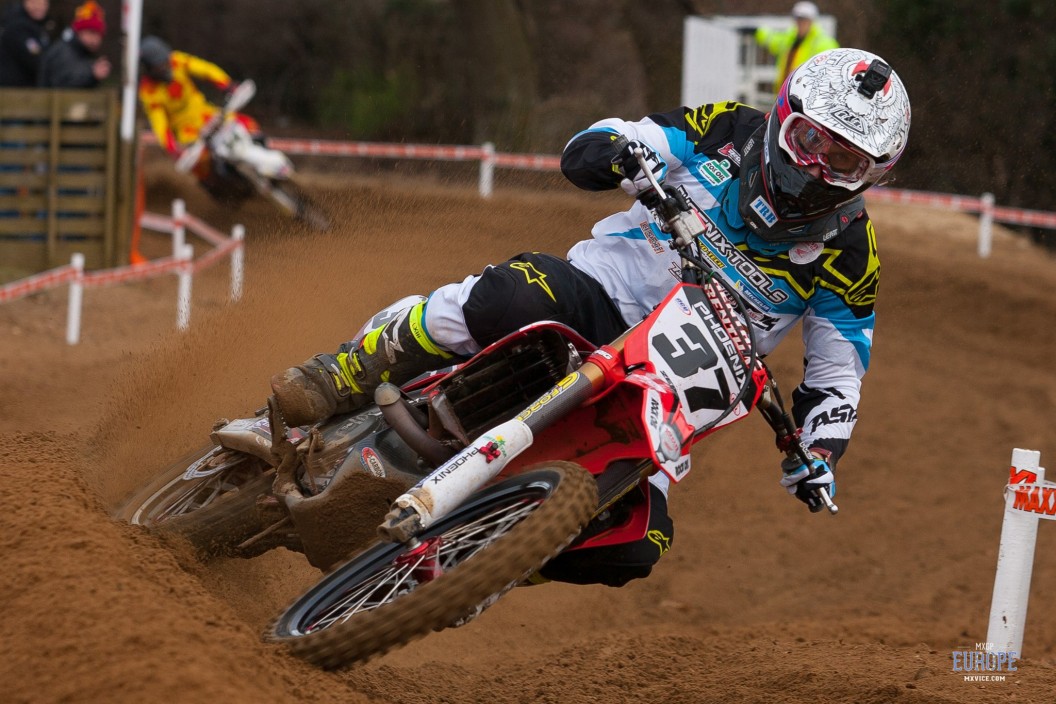 Following a promising outing at the first Maxxis British Championship round, the Phoenix Tools Honda team ventured into Europe to test themselves on the world stage last weekend. The gruelling sand of Valkenswaard was the setting for the event, where Gert Krestinov was competing in the premier MXGP class.

Gert had a less than ideal start in the qualifying heat on Sunday, but was one of the few riders to make a considerable amount of progress in the relatively short race. When the chequered flag flew at the end of the twenty minutes, he had advanced up to twenty-third to secure a reasonably good spot on the gate for the two motos on Easter Monday.

The Estonian had a much better start in the first points paying moto, as he ended lap one fifteenth and right in the thick of the action. A mistake cost him on lap three, however, as he lost around ten positions and dropped outside of the points. Although he regrouped and again put his head down, just like he did the day before, he came up just short of points and finished twenty-first.

Although the track was at its toughest when the second MXGP moto fired into life, Gert was looking for redemption. ‘37’ rounded lap one in eighteenth, but immediately started to push through the pack. Proving that his strength and conditioning is where it needs to be, he gained two positions on the final lap to cross the line in thirteenth. That handed him eight points, which were the first for Phoenix Tools Honda at this level.

Jamie Carpenter was also competing at Valkenswaard, as he tackled the very competitive EMX250 division. There were more than one hundred riders vying for forty spots in qualifying and Jamie, unfortunately, just missed out on a qualifying spot, which meant his weekend ended early.

Gert Krestinov: “Valkenswaard was okay. I like the GP, as it is a good track with good atmosphere, so I really wanted to race there. We improved all weekend. I think it helps to bring more speed, as you ride two days with the best in the world and you always do your best in each session. The first race was muddy, so I had arm pump and struggled to find rhythm. The second race was better; I crossed the line in thirteenth and got eight points. I’m pleased with that and now we move forward. The next race will be the MX Nationals at Landrake.”

Karl Upsher: “This was our first MXGP with Gert. We spent Thursday fine tuning the bike, which we were really pleased with heading into Valkenswaard. Gert finished thirteenth in moto two, which has to be one of the best moments in my life as race team mechanic. Scoring the team’s first world championship points is definitely a proud moment. I am looking forward to doing more GPs with Gert later in the year.”