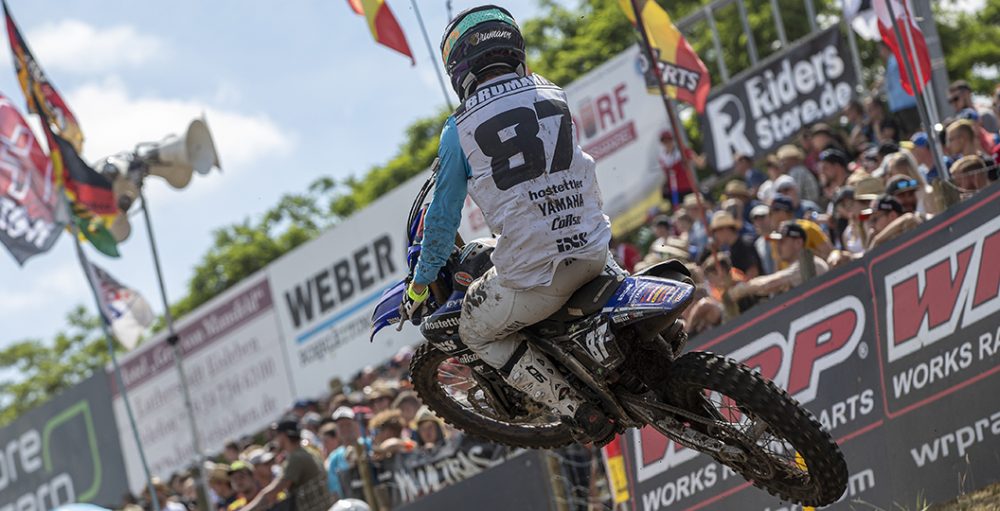 Following what has become a bit of a trend, Kevin Brumann will make the move to the YZ450F for the remainder of the 2022 FIM Motocross World Championship. Brumann, who has shown flashes of potential in MX2 and been hindered by silly mistakes, has raced the YZ450F at recent ADAC MX Masters rounds with some success, hence why such a move has been approved. The official communication from the iXS hostettler Yamaha team is available in full below.

iXS hostettler Yamaha is thrilled to reveal that their rising star from Switzerland, Kevin Brumann, has made the jump up onto the YZ450F for the remainder of the 2022 FIM Motocross World Championship. Brumann will make his international debut aboard his new machine at the Grand Prix of Czech Republic, run at Loket, on July 17.

Brumann piloted the YZ450F at the previous round of the ADAC MX Masters in Germany and impressed all involved so much that moving to the premier MXGP division was considered a no brainer. ’87’ was arguably the biggest rider in the MX2 class, which put him at an obvious disadvantage, but is excited to compete on a level-playing field at upcoming races. Still just 18 years old, the opportunity to learn by competing against the best riders in the world is simply too good to pass up.

When the Grand Prix of Czech Republic takes place, Brumann is going to be joined on track by his teammate and peer, Valentin Guillod, who will make his fourth Grand Prix appearance of the season, hot on the heels of finishing second in France’s national championship.

Daniel Zollinger (iXS hostettler Yamaha): “Everyone at iXS hostettler Yamaha recognises the potential that Kevin has. We feel that pairing that with the incredible YZ450F will benefit him as a rider, especially seeing as he has so many years to continue to develop. There is no doubt that this is a big challenge, but we cannot wait to help Kevin tackle it from Loket on.”