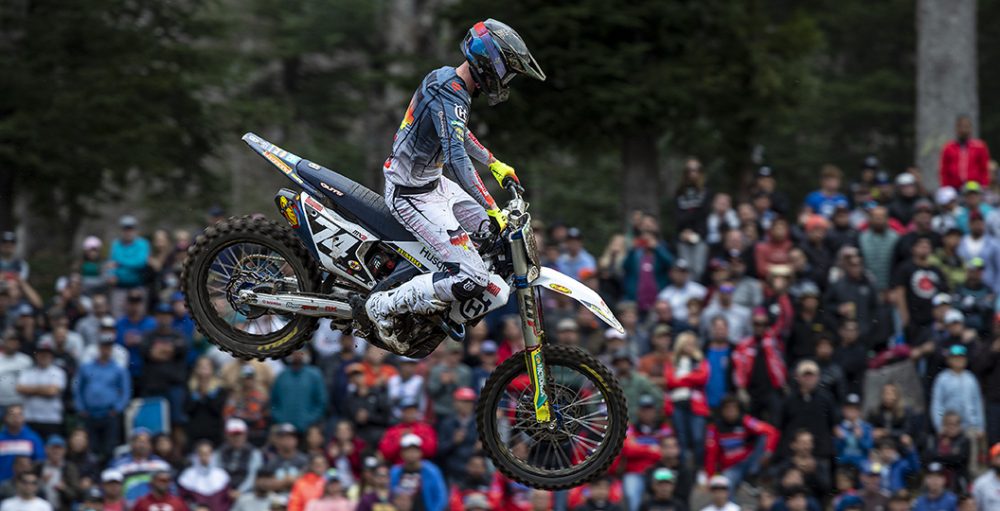 The third stop of the 2022 FIM Motocross World Championship in Patagonia-Argentina was rather difficult for the Husqvarna Factory Racing riders. Kay de Wolf, Roan van de Moosdijk and Brian Bogers crashed out of the two-day event and left nursing some injuries. Now, one week on, updates have been shared on Nestaan Husqvarna Factory Racing’s de Wolf and van de Moosdijk.

It was feared that the former had broken or fractured his wrist immediately after the fall, but the scans in Europe revealed that there was no damage and thus he only had to overcome the concussion. De Wolf is going to try to ride today, Wednesday, and will then determine his status for this weekend’s Grand Prix of Portugal. Expect him to be on the starting line though – everything is in place for him to compete.

Roan van de Moosdijk will be out for some time, unfortunately, as surgery was required on his shoulder and he is also dealing with a fractured wrist that will not require surgery. There is his broken collarbone to consider too! Nestaan Husqvarna Factory Racing has stated that they have no requirement to have a certain number of bikes on track, therefore it is unlikely that they will hunt for a fill-in rider.

Following such a superb start to the 2022 FIM Motocross World Championship, Nestaan Husqvarna Factory Racing suffered a setback at the most recent stop in Argentina. Kay de Wolf was running a brilliant third in the championship standings when he crashed out of the first race and his teammate, Roan van de Moosdijk, had shown similar potential aboard his steed.

With the Grand Prix of Portugal, the fourth event, on the horizon, Kay de Wolf is eager to pick up where he left off and put his FC 250 back inside of the top five. Cleared of any broken bones last week, de Wolf eased into things by riding his mountain bike over the weekend and will get back on his bike on Wednesday. The goal is for him to be on the starting line at this weekend’s Portuguese event.

Roan van de Moosdijk has not been quite as fortunate – the shoulder that he injured at the second stop of the 2022 FIM Motocross World Championship was made worse in his Argentina crash and required surgery. A successful operation was performed late last week. Unfortunately, he is also nursing a broken collarbone and fractured left wrist that will not need surgery.

Husqvarna Factory Racing wishes Roan well in his recovery and hopes to see Kay back out on track as soon as possible.

Rasmus Jorgensen (Nestaan Husqvarna Factory Racing Team Manager): “The specialist had some good and bad news for us once we got home. The good news is that Kay has no broken bones, but he did still take a hit to the head and has been taking it easy. We will see how he gets on when he tries to ride later this week. Roan has had some bad luck with a fractured wrist and broken collarbone, then his shoulder injury from Mantova was made worse and required surgery. The good news is that the operation was a success. We are looking forward to getting him back to one hundred percent, but it will take time and patience.”