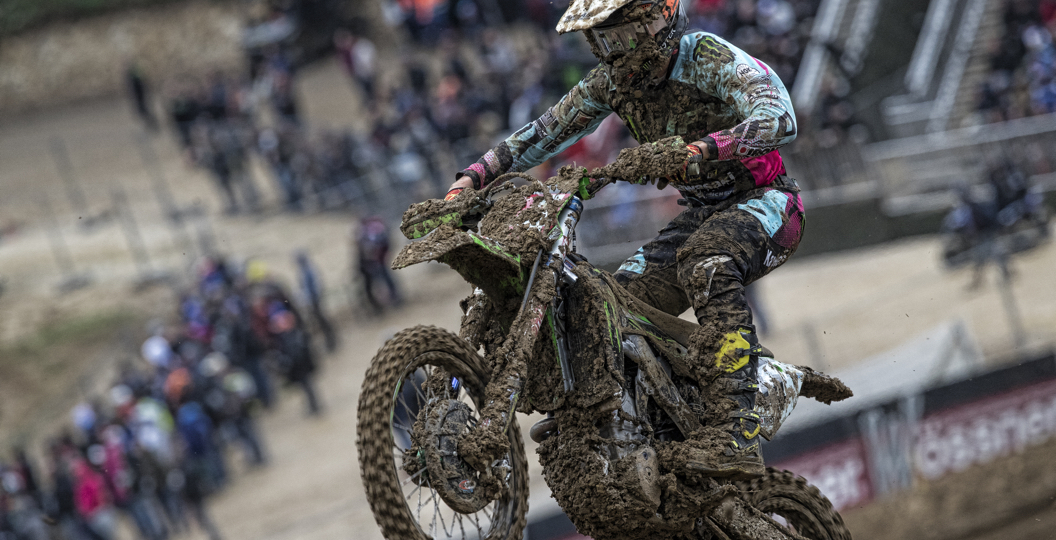 Kawasaki pull out of MX2

Rumours have run rampant in the Grand Prix paddock recently. One of those has become official now, however, as Monster Energy KRT MX2 have announced that they will not be running in 2018. A Facebook post was used to announce the news, rather than an official press release.

Jean Jacques Luisetti, the team manager, wrote a statement in broken English that also included some news about what he hopes to do in the future. “Kawasaki stops official MX2 factory programme for 2018 due to economic situation,” he said. “This year Kawasaki got an unbelievable number of injuries, also lost Monster support and Kawasaki had to step back for next year. We are happy and thankful for all the great years we had with Kawasaki and hope more to come!

“By my side, I want to become an agent for riders, teams and sponsors thanks to all the experiences I had on the GPs the past fifteen years,” he continued. “I think it is really important to advise sponsors as well in order to make the good choices to spend their money. My vision of an agent is not only to protect riders, but also to protect sponsors. I think I have knowledge of exact needs. A lot of my team partners are asking me advice to make good choices for their involvement in motocross. For all those reasons my new project makes sense.

“I work also now as consultant for the 613 company, a spare parts importer company for MX and road bikes, but also the new electric bikes KUBERG. I will make my best to advice the team,” he concluded. What will happen to the team’s riders? Stephen Rubini has already announced that he’ll return to the Silver Action KTM effort that he rode for a year ago, but the other two riders have not made their plans official yet.

Adam Sterry had nothing in place when we spoke to him exclusively earlier this month, but it remains to be seen if a deal has been completed since then. Petar Petrov, who was restricted by countless injuries this season, must move to the MXGP division and is looking for a ride on a 450F.