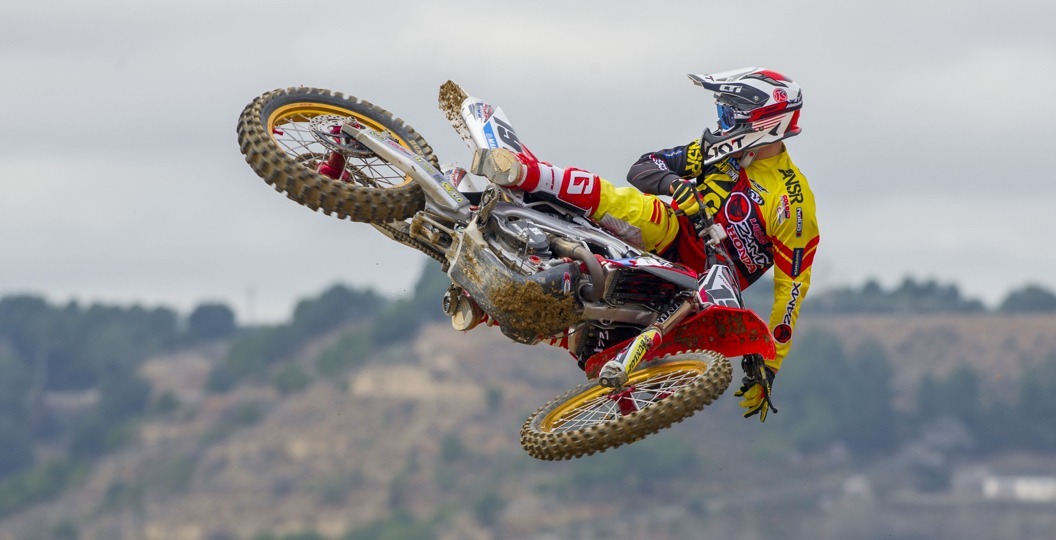 The initial plan for 24MX Lucas Oil Honda rider Matiss Karro to return to racing at the MXGP of Trentino has been pushed back. To allow Matiss some more time in the saddle he will now focus on the GP of Spain, in Talavera.

After picking up a knee injury at the Lacapelle-Marival international, one week before the opening Grand Prix in Qatar, the former junior world champion successfully underwent surgery and went through an intensive rehab programme. Karro started riding his CRF450R again 10 days ago.

Matiss Karro: “It’s awesome to be back on a motorcycle! Just to be out there again gives me a lot of satisfaction. But no matter how much you do away from the bike nothing can replace the fitness that you build from riding. That’s the reason why we decided to put in some more time before lining up at MXGP level.”

Patriek Heydens, 24MX Lucas Oil Honda technical director: “Matiss needs to be in the right state of mind when he’s back. We know he recovered well but he’s still quite a way from the high level he reached before the start of the season. The level in MXGP is higher than ever and there are no ‘easy’ places to return so we prefer him to return when he feels ready.”