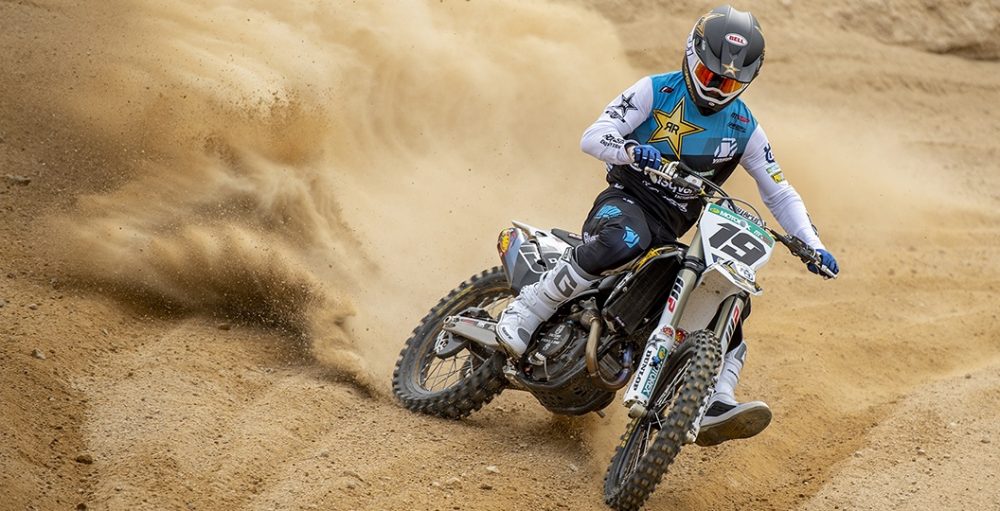 Another MXGP schedule update is out! As we all know, the schedule for MXGP is a moving target at times and I wouldn’t be shocked to see more changes. COVID restrictions are still wreaking havoc on what organisers can and can’t do. Let’s take a look at a few factors for the changes as well as how these changes effect riders and teams et al.

Most importantly for riders, this push in the schedule changes the approach to training and riding. If I was still racing (and in MXGP no-less), I would be taking a hard look at my efforts and how to best manage my season. The main worry would be peaking too soon and struggling to maintain that level into December. Originally, the series would start this very weekend in Oman. That April 03 date meant that riders would have planned to ramp up their training sometime around February 1. That eight-week timeframe is widely accepted as a nice run-up in preparation. When Oman was postponed on Feb 12, that changed the thoughts on when riders would need to be at their best. The provisional opener was moved to May 23, seven weeks after Oman was planned to go off. That’s a huge move and surely had everyone making dramatic shifts to their plan. Now, we have yet another push to June 13 and those plans have to be addressed yet again. That begs the question, what do riders do to adjust?

One rumour is that some of the MXGP paddock will cross the Atlantic and use a few rounds of the Lucas Oil Pro Motocross series as a warm up. I don’t know who the likely candidates are but trust me when I tell you that I am ALL-IN on this idea. As a fan, there is simply no downside to this and the added hype is unfathomable. I can think of about 500 reasons as to why this won’t happen but, staying as optimistic as possible, I could see a few of the less likely championship contenders making the jump. I believe that teams would disallow any of the elite chancing their season on this move but rumours persist. I say let’s do it!

For those that choose to stay home and continue to prepare (see: most), I would have immediately shifted my program when news dropped. I would guess that many teams got this news (or the likelihood of it) days or weeks ago, giving them time to act accordingly. Upon receiving that news, I would have lowered my intensity and gone back into a base-building mode. I would lessen the high intensity riding, lengthen my bicycle rides at a lower heart rate, and generally back off the program. With 10 weeks until the first possible GP, I would be mindful of doing too much too soon. The goal is to find a sustainable level that won’t leave you burnt out and on a deteriorating level come November and December. Hammering the workload in the spring does no good if you are unable to sustain that level this autumn. While it is hard to do, I believe that forcing myself to chill out a little for the next couple of weeks would have a positive effect long term. As April grows long and we see May arrive, I would ramp back into a frenzy. Managing a 5-6 month calendar across multiple continents is not something to take lightly. The approach should be no different.

The tough part here is the start/stop that riders are being forced into. They were surely preparing for Oman, then that all changed. Time to prepare for Oss?  Nope, another three weeks off. Now, we wonder if Russia will remain on June 13. I believe it will as Russia has been a June mainstay, anyway.

Another factor to consider is the soil that riders will face. With Oss being the previous opener, riders would want to prepare for Dutch sand. Now, the first three rounds are on hard-pack. Orlyonok, Matterley Basin, and Maggiora are the first three rounds and all three are on hard dirt. Riders won’t face any sort of sand until Kegums on July 11. That’s over three months away! So, those that have been hammering sand moto’s will likely change their focus in the short term. A recent video of Jeffrey Herlings surfaced and he looked to be riding on hard-pack soil. Whether or not that is a nod to the schedule shift is debatable but I would guess it will have an impact on the tracks chosen for training in April and May. I could see many riders foregoing their Lommel homebase and head to Italy, Sardinia or Spain to get in more hard pack training.

Overall, these changes are tough for everyone to navigate. The organising group must be frustrated beyond measure at the COVID challenges. Financially, the lack of spectators must be a challenge too difficult for some to overcome. For a calendar that prides itself on fly-away events, the vaccination question will surely be asked non-stop. I can certainly empathise with the challenges that this series will face on many fronts. Keeping an open mind in light of those challenges is critical as I don’t think anyone is enjoying the difficulties. Thankfully, we are going to have another great 2021 series that will span the globe. Finding a silver lining has been an approach I have adopted in the past 12 months and I think it will be a key component of navigating this ever-changing schedule. With that in mind, Christmas in Bali has a nice ring to it!