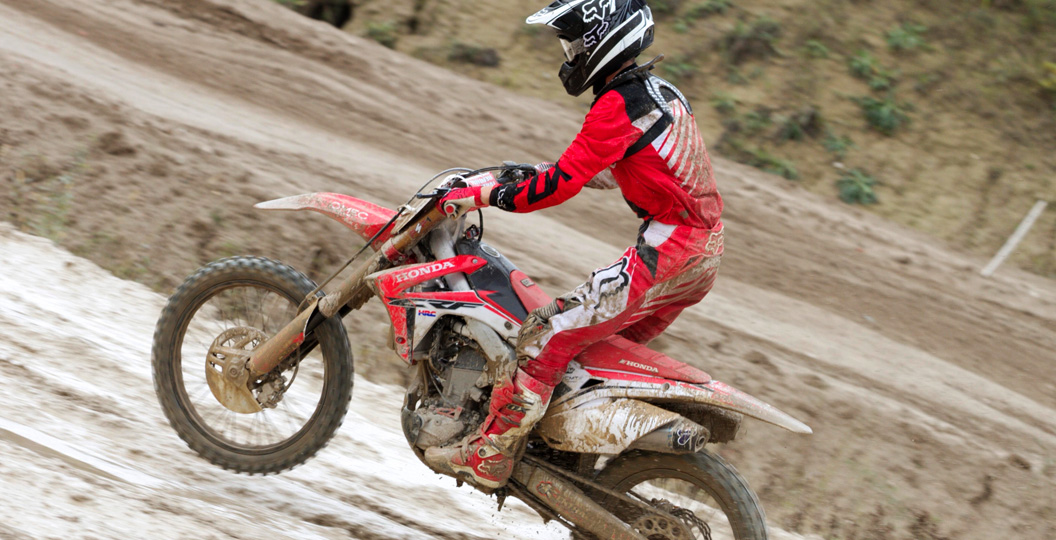 A new face will be joining Tim Gajser at the Honda Gariboldi Racing Team for 2015 – 18-year-old Jorge Zaragoza. The Spanish teenager has competed in the European 250 championship for the past two years and will be making the step up to MX2 in 2015.

With the strong line-up of Gajser and Zaragoza, the commitment by Honda and the team to the MX2 Championship and to nurturing new talent is clear.

Last week, Zaragoza got the chance to test his new Honda CRF250R for the first time at Mantova, Italy. Despite uncharacteristically heavy downpours the day before, Jorge took to the bike well as he embarks upon a carefully planned testing programme over the winter in preparation for 2015.

“I like the CRF250R a lot because it is easy to ride and, in the little testing I’ve done, I already feel that the bike is very good,” said Jorge Zaragoza. “I’m very happy with it. I think that being with Honda Gariboldi is really good because I can improve a lot with that team. It is really professional and I think that is the best way to make the jump to the World Championship. The European Championship is good but the World Championship is completely different. It’s a big step so I hope to be in the top ten next year, but I also want to gain all the experience I can for a second year in MX2 where I hope to be in the top five.

“When I was on the track testing it was a little bit different for me with all the engineers watching and talking after each run but it’s good because I feel that they are looking to help find the best bike for me and for the World Championship. I have confidence that they will listen to my feedback. I’m just really excited for the start of the MX2 season.”

“We’re very excited and pleased to be able to welcome Jorge into the team” said owner and Team PrincipalGiacomo Gariboldi. “He’s shown good speed this year in the EMX250 series with a win at the first round in Bulgaria, second overall in Great Britain and three moto top-three finishes, and already he’s got a good feeling on the Honda CRF250R. With Honda we work hard to nurture and develop new talent, as we can see with what Tim is doing this season, so the Honda Gariboldi team is the perfect place for Jorge to make the step into the World Championship.”