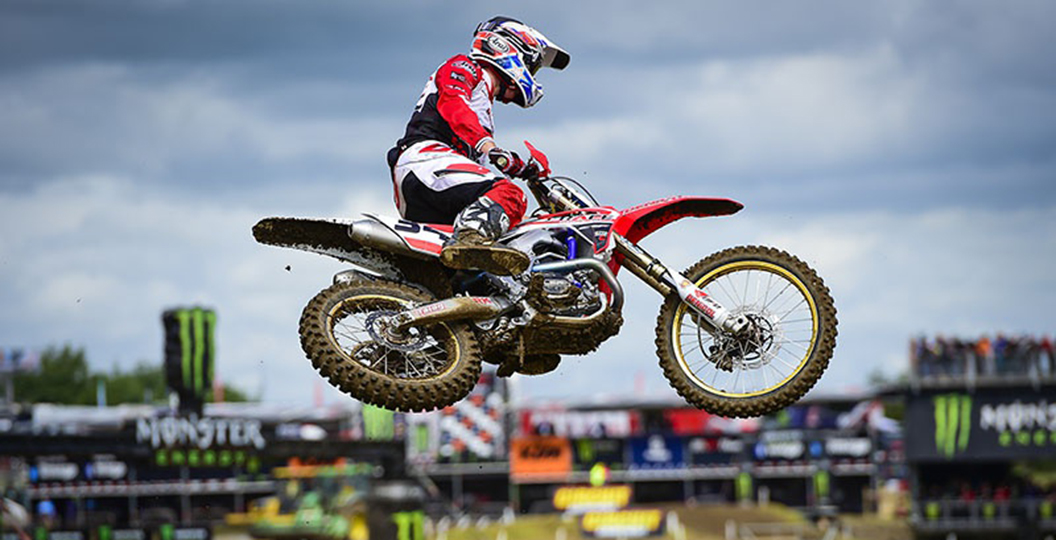 Grobbendonk (BE), June 16th – Last Saturday Honda MXGP pilot Joël Roelants made a serious crash at the Italian Grand Prix of Maggiora. During the second lap of the timed qualifying, he did not land far enough on one of the big jumps and consequently suffered from a severe blow in the back. Joël remained limp on the track and was immediately transported to the hospital in Turin, where doctors established that two of his backbones (T8 and T9) were broken as a result of the crash. They operated without delay. During this five-hour surgery, eight bolts were inserted to stabilise Joël’s back.

However, Joël’s legs were numb after the crash, and remained numb after the surgery. The doctors say that the coming three weeks are crucial for his further recovery. Whether or not the numbness will disappear, is difficult to assess at this stage.

Joël remains the fighter he has always been. “I know what is going on. My decision has already been made: I will keep fighting,” he uttered after waking up for the first time. On Thursday, Joël will be transported to a hospital in homeland Belgium for further examination. Also Joël’s regular doctor Toon Claes is attending him.

In the meantime, fans have gathered on various social media websites to support their favourite pilot. On Twitter, the hashtag #supportJR can be used to show your support. On Facebook, over 4,500 fans have already joined the group “Like als steun voor Joel Roelants” (in dutch). The family and the team would already like to express their gratitude towards the medical staff, fans and mx colleagues for all the support.