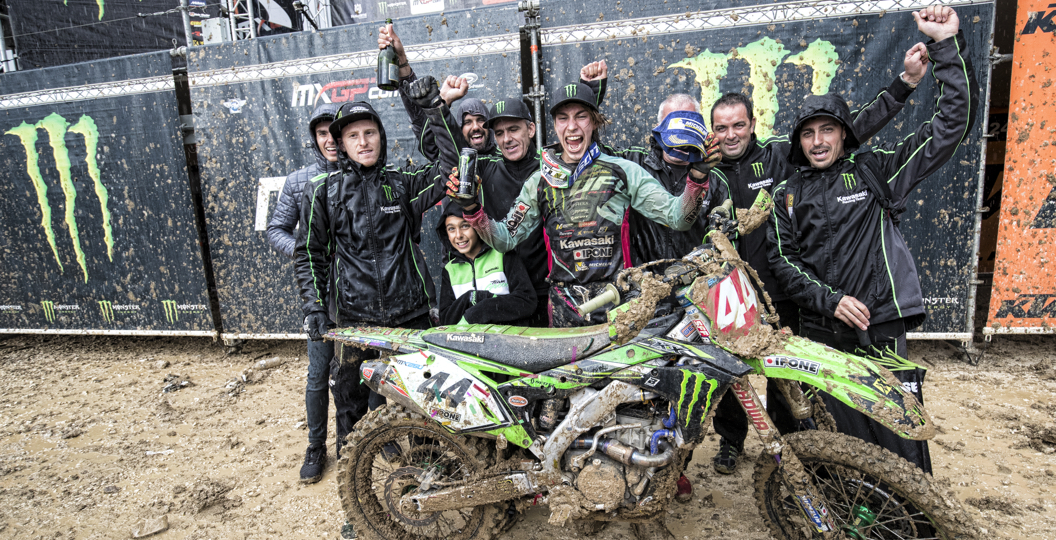 When it was announced that the Monster Energy KRT MX2 team was shutting up shop, there were a lot of talented people in need of new jobs. Morgan Lesiardo has moved to Marchetti KTM, Stephen Rubini is now on a Silver Action KTM and Adam Sterry has got a deal with another Kawasaki team. What happened to Jean Jacques Luisetti, the team manager, though?

In a press release that outlined his future plans, he explained that “next year I will put all my experience to help some riders and also several teams as an agent. Some of our partners want to stay involved in racing and asked me to provide them advice, so I will be a link between riders, teams and sponsors as I know this racing world pretty well,” he continued. “I will also work with the 613 company, importer of racing and off-road parts through their website and also importer of electric bikes (Kuberg and Tacita). I will help them to find new suppliers and to develop their sales on internet. 2018 is a transition year and, of course, I hope to be able to come back with the team as soon as possible.“

If you missed the originally news story, he also explained why the team had to stop running. “Monster stopped its involvement in the MX2 class, so the Kawasaki factory had to make choices. They decided to privilege the MXGP, so we have no other solution than to accept this decision.” Luisetti seemingly landed on his feet, thankfully, but who will he be representing exactly? Petar Petrov, Iker Larranaga, Stephen Rubini, Morgan Lesiardo, the Miot brothers, Thibaut Maupin and Tommy Searle.