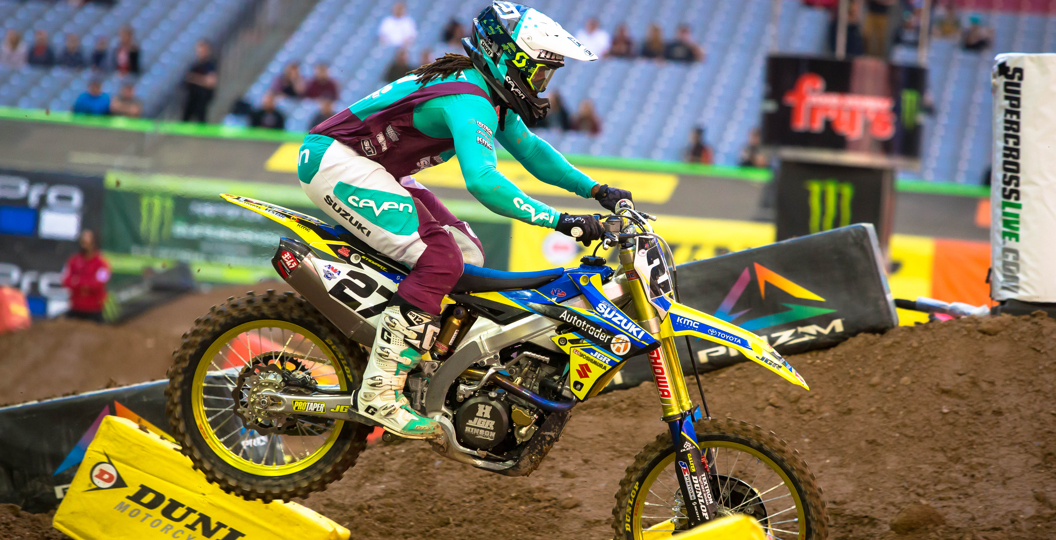 There has not exactly been an official announcement, but the Autotrader Yoshimura Suzuki team will field three riders once again at round five of Monster Energy Supercross. Malcolm Stewart is on a week-to-week deal, according to our friends at Transworld Motocross, but is set to pilot a JGR machine for the fourth week in succession.

A subtle statement from Suzuki also confirmed the news. “Weston Peick currents sits fourth in the standings aboard his Autotrader Yoshimura Suzuki. He is joined by teammate Justin Bogle, who made his return from injury last weekend at Glendale, and Malcolm Stewart,” it said. Stewart currently sits fifteenth in the series standings, despite missing a round, and is just two points down on a position inside of the top three.

Justin Bogle will contest his second race of the season for Autotrader Yoshimura Suzuki in Oakland. Bogle returned from a concussion last weekend and recorded a respectable seventeenth, but will have his sights set on better results in the future. Weston Peick, on the other hand, still sits inside of the top five in the points and is just six points behind Ken Roczen in third. 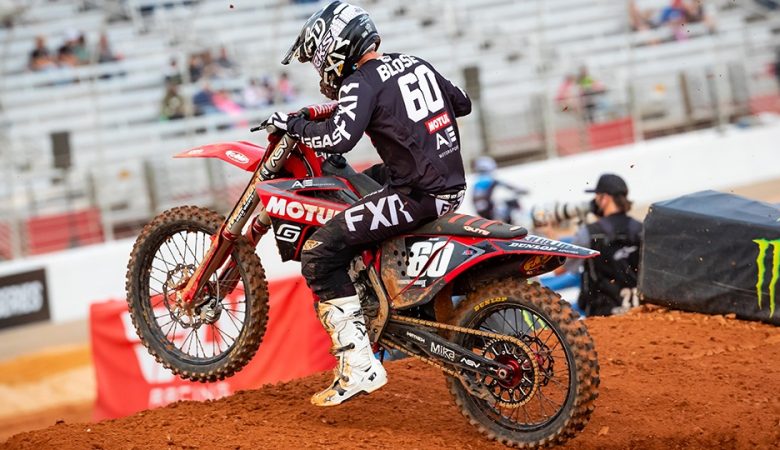