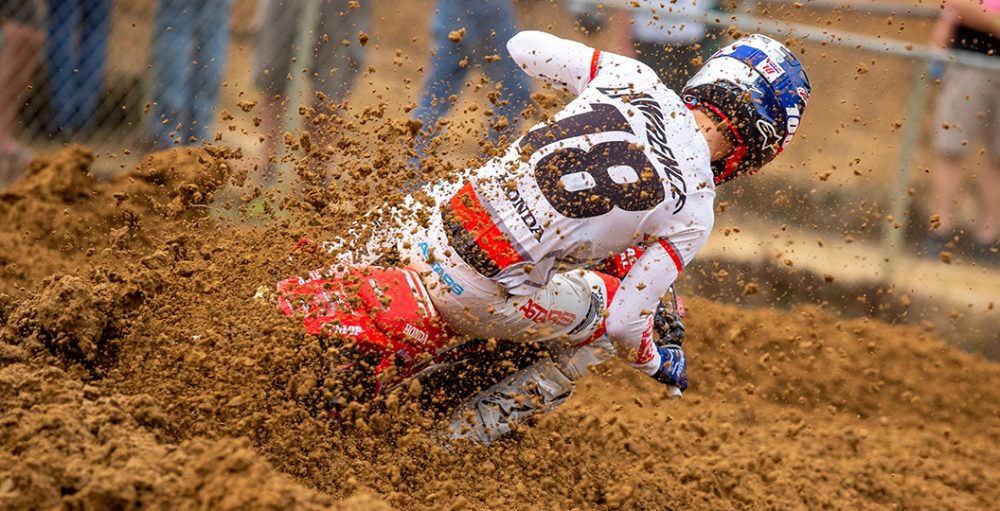 The Lawrence brothers, Jett and Hunter, have officially confirmed that they are not going to compete for Team Australia at the Motocross of Nations next month. This does not come as much of a surprise, seeing as rumours have been circulating for some time, but it’s still a crushing blow for those looking forward to the race. Both riders were asked about it in the post-race press conference after round nine of 2021 Lucas Oil Pro Motocross.

“Yeah, I’m definitely out. It sucks, because I obviously really want to go. I can speak for Hunter and I – we both really want to go and represent our country. Just the people a lot higher than us, with visas and stuff, were not really allowing us and stuff like that. It is mainly just the people who are higher up in this world who are not letting us do this right now, so yeah.” – Jett Lawrence

It was rumoured that Hunter and Jett would race aboard 450s, and then Jed Beaton would be in MX2 for Team Australia. Had that team materialised, Australia would have had a real shot at winning the Motocross of Nations for the very first time. Hunter was aware of how competitive they would have been, as he revealed in the excerpt below, but the good news is that those three should make up Team Australia for many years to come.

“It sucks. if it were completely up to Jett and myself, we would be there. Unfortunately, with everything kind of going on right now and stuff, it is not really up to us to decide. It is a bummer. It is one of the coolest events all year. It’s awesome that you get to represent your country. It is a bummer to miss it. Me and Jett were going to be on the team for the first time together, so we were looking at a really good team. Hopefully next year it is going to be a little more normal and we can be there.” – Hunter Lawrence

It remains to be seen if Team Australia will even send a team, as COVID-19 continues to run riot and impact travel. There are limited riders for the nation to choose from now as well, even ignoring the pandemic. There has been no official word on whether they will still send a team to Mantova on September 25/26. Fans are also sat on the edge of their seats waiting to hear if Team USA will still send a team to Italy.