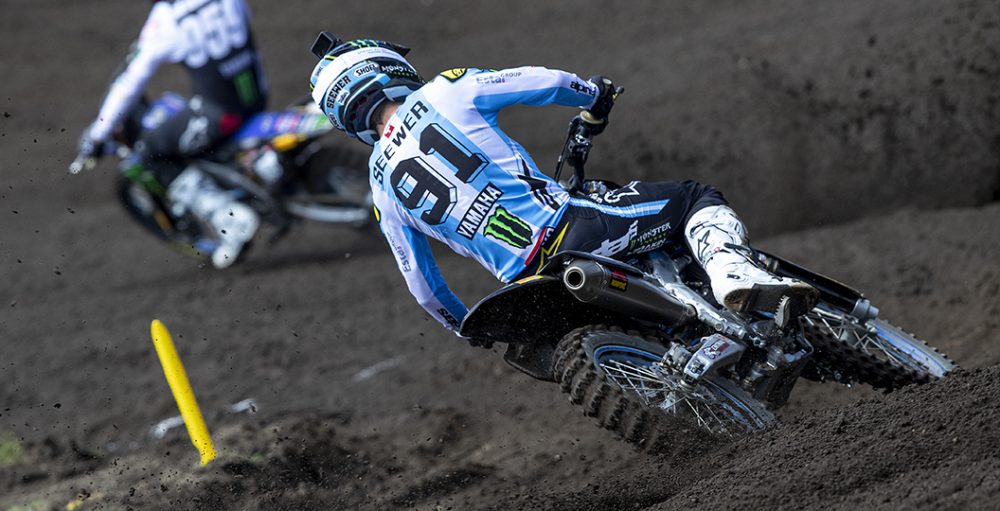 Jeremy Seewer hit his head on the first lap of the second moto at the Grand Prix of Patagonia-Argentina, round three of the 2022 FIM Motocross World Championship, and was questionable for the fourth round. It’s now been confirmed that he is going to compete at the Grand Prix of Portugal though, following a week of rest at home in Switzerland.

The fact that he is going to be on the starting line in Portugal is particularly poignant. The Grand Prix of Portugal is going to be his one hundred and fiftieth Grand Prix in a row. Yes, Seewer has made it to 150 events in a row! It is an incredible feat in a sport where so many struggle to make it through a single term. Seewer has not missed a Grand Prix since he made his full-time debut at the first round of the 2014 FIM Motocross World Championship.

“I managed to recover from Argentina pretty well. It was really nice to have a weekend off. I went back to Switzerland, which was a little bit of a silver lining because I did not plan to be there. After the crash, I took some time off to recover and that gave me the chance to catch up with friends and live a normal life for a few days. I won a MX2 Grand Prix in Agueda in 2017 and it is still one of my best memories of a win, because of the way that I rode that day and made it happen. It’s a track I like and I always enjoy it, so I am really looking forward to going there. A lot of positive vibes.”

Seewer is currently fourth in the premier-class championship standings, despite the fact that he did not score in the second moto at the Grand Prix of Patagonia-Argentina. 47 points separate him from the current leader.