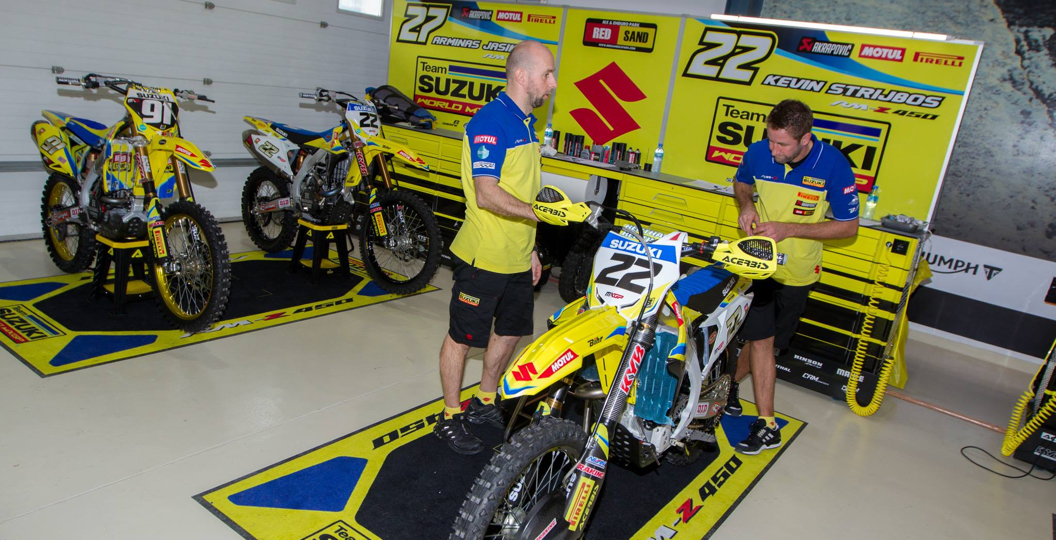 The FIM Motocross World Championship now covers so much of the globe that it is almost inevitable that a handful of riders will encounter visa issues. Arminas Jasikonis of Suzuki World MXGP ran into that exact problem when trying to enter Qatar earlier this week. Although he stuck around at the airport for twenty-four hours, his paperwork could not be corrected in time and he has been forced to return to Europe.

“AJ is back on a plane to Europe because he didn’t have the right visa,” said Stefan Everts in a press release. “It’s a very bad break for him, after having a good pre-season, and we were really looking forward to having him on the start line on the new RM-Z450WS.“

This is a major blow, as Jasikonis had performed exceptionally well in the pre-season events. A handful of podium finishes left most fans excited about the prospect of what he could achieve this weekend.