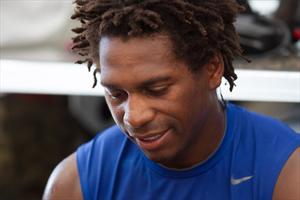 James Stewert out of Millville National

Team Yoshimura Suzuki Racing’s James Stewart will miss this weekend’s seventh round of the 2012 AMA Pro Motocross Championship at the Spring Creek National in Millville. The multi-championship-winning rider has not seen enough progress in the rehab from his recent injury to make sense to compete at this time.

“At this point in time it doesn’t make sense to push it,” said Team Yoshimura Suzuki Manager Mike Webb. “From a safety standpoint, for both James and the other riders, we just don’t want to take the chance. The injury is a little more than we thought and will simply require a bit more rehab. The plan is to stay off the bike for a couple weeks and then ride and test and come back strong for Southwick.”

Stewart was injured during the beginning of the first race at the Lakewood Championship third round at the beginning of June. The Yoshimura Suzuki rider has collected two overall victories with four moto wins and a third-place overall so far this season.