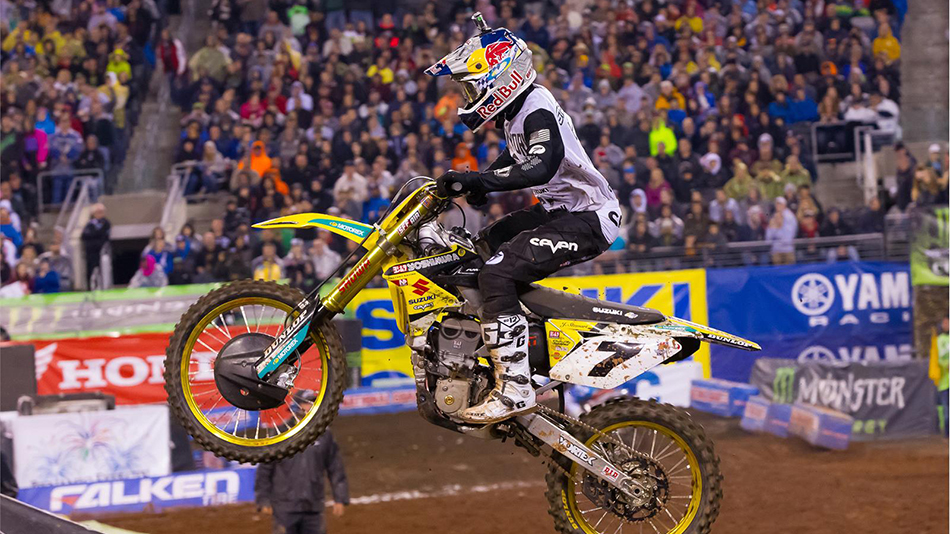 Unfortunately, James Stewart injured his knee in the 450SX East Rutherford main event, as he caught his knee whilst entering a corner. Initially, most feared it was an injury that would force him out for the remainder of the season. But, James posted the following statement on Instagram; he will be on the starting line in Las Vegas!

“@therealJS7: I say… Lets do it one more time! See you in Vegas. Banged up but so lucky it wasn’t as bad as it felt. Thx everyone for the support.”