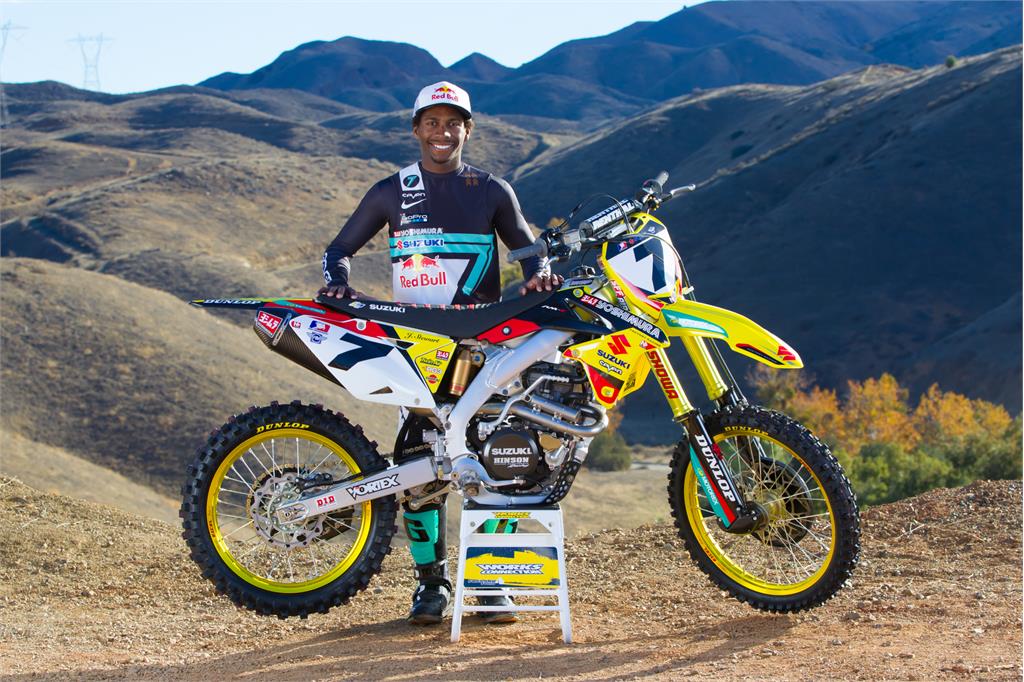 Stewart joined Yoshimura Suzuki mid-season in 2012 and will continue to race the championship-winning Yoshimura Suzuki RM-Z450 in the premier 450 classes in both AMA Supercross and AMA Motocross through 2015.

Last weekend, Stewart celebrated his first 2014 victory with his win at the San Diego Supercross. That result marked his 46th career Supercross victory and moved him-up a position in the series’ overall championship points. Additionally this year, Stewart has raced his Yoshimura Suzuki RM-Z450 to three heat race wins and two second-place finishes in Supercross.

“I’m really happy to keep racing with Yoshimura Suzuki,” said Stewart. “It was great to get that first win at San Diego last weekend. I feel more-comfortable than ever with the team and we’ve gotten the set-up on the Yoshimura Suzuki RM-Z450 dialed-in to where I feel really good on the bike. This year, we’ve made a lot of progress as a team and I’m looking forward to keeping that momentum going through the rest of the year and next season.”