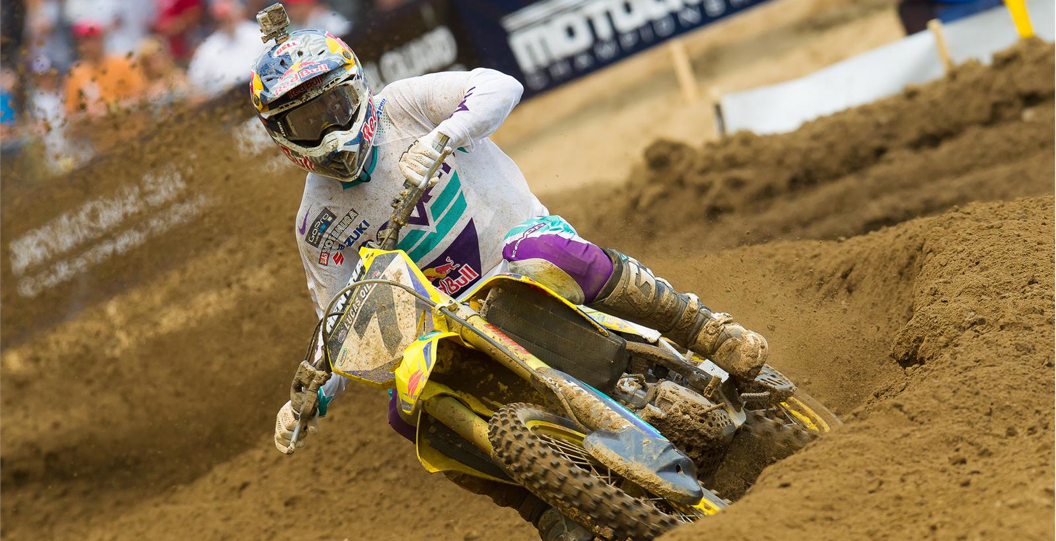 CHINO, CA – Yoshimura Suzuki Factory Racing’s James Stewart will sit out round nine of the 2014 AMA Pro Motocross Championships, to be held at the Washougal MX Park in Washougal, WA, this Saturday. Stewart and the Yoshimura Suzuki team made the decision to opt out of the Washougal National after the championship-winning rider was unable to race the second moto at last weekend’s Spring Creek National in Millville, MN. Both Stewart and the Yoshimura Suzuki team regret missing the upcoming round but agreed that maximum recovery time was the priority.

“It’s been a tough few weeks,” said Yoshimura Suzuki Team Manager Mike Webb. “Since James’ sweep at High Point we’ve been dealt a good bit of bad luck. Add to that his retirement from the second moto last week for health reasons, we feel it’s best to sit out Washougal. That will give us an extra weekend to rest up and get ready to come back strong at Unadilla.”

Yoshimura Suzuki Factory Racing’s next race will be round 10 of the 2014 AMA Pro Motocross Championships on Saturday, August 9th, at the Unadilla National in New Berlin, NY.