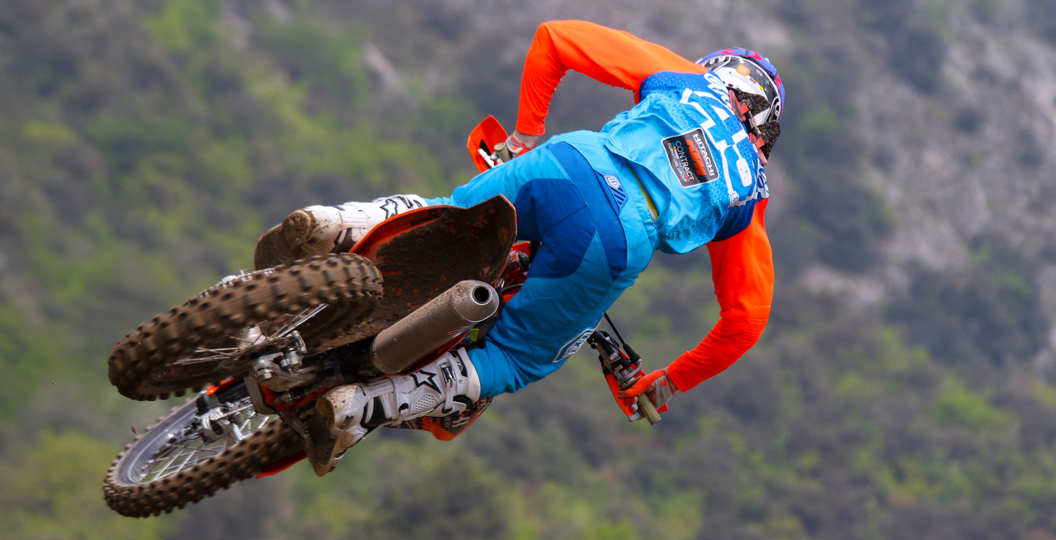 Jake Nicholls has had a turbulent time of it in MXGP recently. However, despite all of that adversity, his tenacity often helped him achieve some noteworthy results. The latest hit that ’45’ took at the MXGP of Trentino is one that he will not bounce back from at an international level though, as he announced today that he is stepping away from the FIM Motocross World Championship.

“I went through the first four flyaway GPs having not rode very well and having even less fun, not enjoying the tracks and the travelling at all,” Nicholls wrote in a very open email. “It had caught up on me. I got to Trento and my head was all over the place, I was taking big risks to get twenty-first in timed practice. I was so down on Saturday night, I cried over the phone to my wife not knowing what’s going on. Feeling like I was maybe putting too much pressure on myself I approached the Sunday with a different attitude, just wanting to ride well and enjoy it, forgetting about the results. Next minute I’m sat on the track with my leg facing the wrong way, thinking why!“

What is next for Jake Nicholls, I hear you ask? The good news is that he’s not leaving the sport completely. “I’ve become heavily involved in my father’s business since I’ve been injured which ultimately is my future and I’m excited about it,” he continued. “I love racing so so much and I’m only twenty-seven. Right now I’m talking to some teams to race in GB only and concentrate on winning the British titles, which will also allow me to stay involved in the business during the week and mainly to enjoy my racing again.“

“I leave with no regrets. I’m eternally grateful for all the experiences I’ve had. I have some great supporters around Europe and I thank them for always backing me. Thank you dearly to all that have helped me on this ten year journey,” he concluded