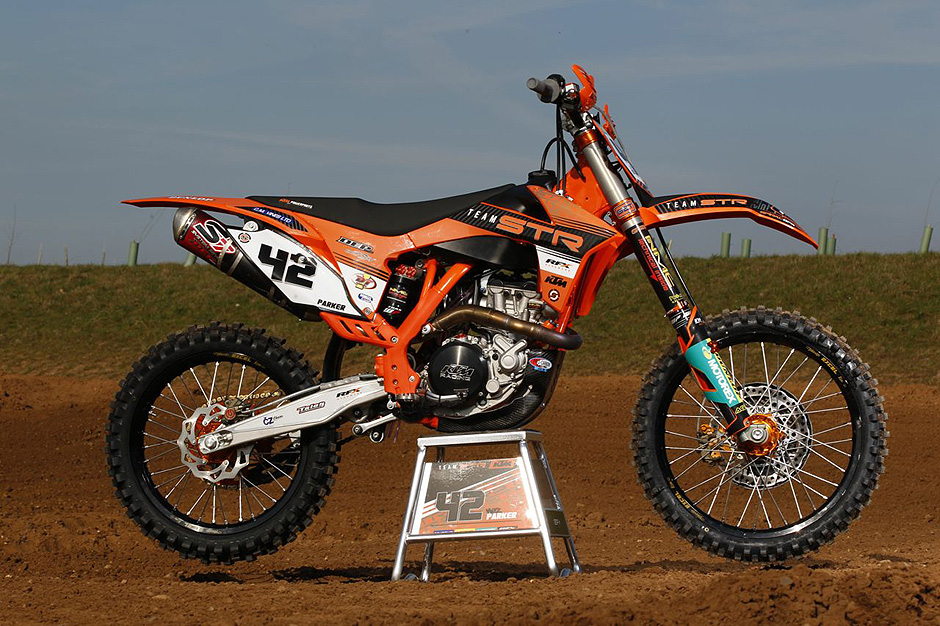 No not the american with attitude, we’re talking about the real UK one…Jamie Law, will be replacing Nez Parker on the team and swinging his leg over the bike shown above while Nez recovers. Law will take his place in the GP’s until such time as Nez’s ankle injury, initially sustained in Mexico and aggravated at the weekend at Milton Park, is full recovered. Nez is looking to return to action as soon as possible with the target being the British Championship at Desertmartin on 24 June 2012.

Team STR KTM Manager, Steve Turner said “Obviously we are gutted for Nez. He rode fantastically at Lyng and we were hoping that he would have a couple of good results in Mexico and Brazil and really start to show people what he is capable of. Unfortunately he had a big crash on the first lap in Mexico and damaged the ligaments in his right ankle. The problem he has is that after a few days it’s not too bad, so much so that he could go for a run, but as soon as he catches it in a rut there’s no strength there and it just twists round and he is in agony again.”

“With Nez out of action, I had a word with KTM boss, Shaun Sisterson and we agreed to offer Jamie Law the chance to fill in for Nez. Jamie deserves a chance. He is currently seventh in the British Championship, which is no mean feat when you consider that he has to work during the week to earn enough money to go racing and has to maintain his own bikes, albeit with the help of Cumbrian KTM dealer Triple D who have supported him for the last few years. It will be good for him to experience racing at the top level with a full time mechanic prepping his bikes for him etc. He will ride Nez’s 450 SX-F rather than his own 350 SX-F as the team is committed to running one rider on each bike.”