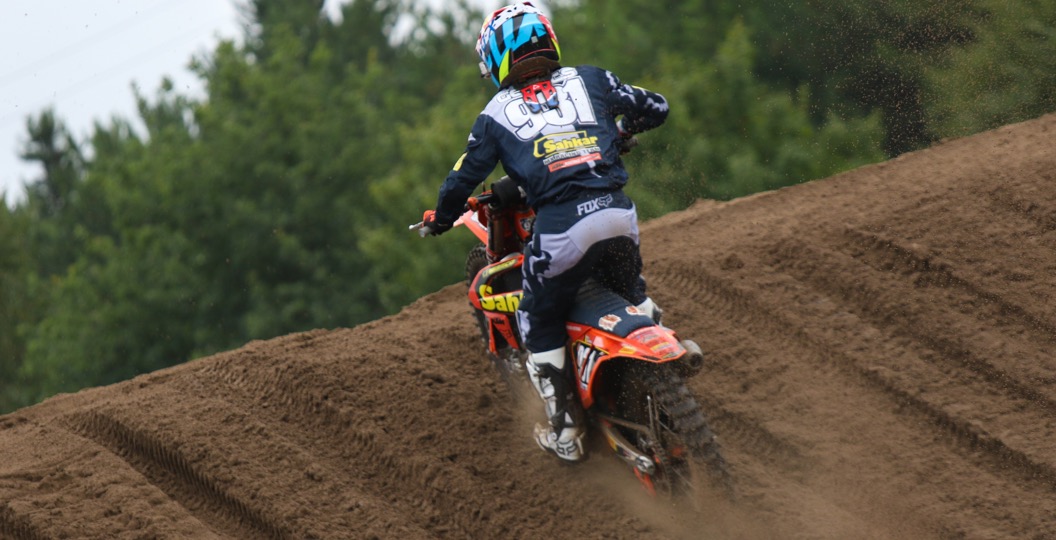 Yamaha Motor Europe is proud to announce the signing of the 2016 Junior Motocross World Champion, and EMX125 champion, Jago Geerts. The seventeen-year-old Belgian has signed a two-year deal to race for the official Kemea Yamaha MX2 team where he will race the 2018 and 2019 FIM MX2 World Championship seasons on a top spec YZ250F.

Jago Geerts is one of Europe’s hottest prospects and already has an impressive list of achievements including two EMX titles and a Junior 125cc world title, which he claimed last year in Russia.

Kemea Yamaha Official MX2 is the perfect team to nurture and guide him to the top of the MX2 World Championship, especially with Jago living in Balen, a town that is located only 45minutes from the teams base in Genk – which means he will still be able to focus fully on his final year of school. There is also a unique connection between the Team Manager – one of Belgium’s finest – Marnicq Bervoets, and Geerts’ father, Herman Gevers. Gevers stood next to Bervoets – as his mechanic – during some of the Belgian’s most successful years, and in the future Bervoets hopes to return the favour by standing behind Jago as he strives to achieve that same kind of success.

Jago Geerts: “Kemea Yamaha is a really good team and they are based pretty close to me too, which is good while I still have one more year left of school. Next year I will be working with this team and gaining experience in MX2 while I finish my schooling and then in 2019 I should be ready to focus 100% on racing.  I am really happy to have this opportunity and a contract for next year where I hope we will learn a lot and get some good results along the way.”

Hans Corvers: “The goal for the team is simple, we want to work with young guys and we want to get as close as we can to the world title. We have seen over the last two years that Jago is an enormous talent. He has proven that with his world title at the Junior World Championship last year and his EMX125 title.  I know from watching him ride that the speed is there, but he has also shown me he is professional and he has the drive to win. He also only lives 30 minutes from our work-shop and he is still in school with 1 year left to go. We will support him in his last year of school as education is very important and then after that, we will go all in, for the goal!”

Erik Eggens: “We are very happy to have Jago on Yamaha with Kemea Yamaha Official MX2 next year. Kemea has proven over the last few years that they are motivated to fight for the championship, and Jago has proven his talent with his championship wins in the EMX85, EMX125 and as the world champion on a 125cc last year. He is a big talent. The combination of Jago, Kemea and a YZ250F is a good step, and together we are sure to move in the right direction.”