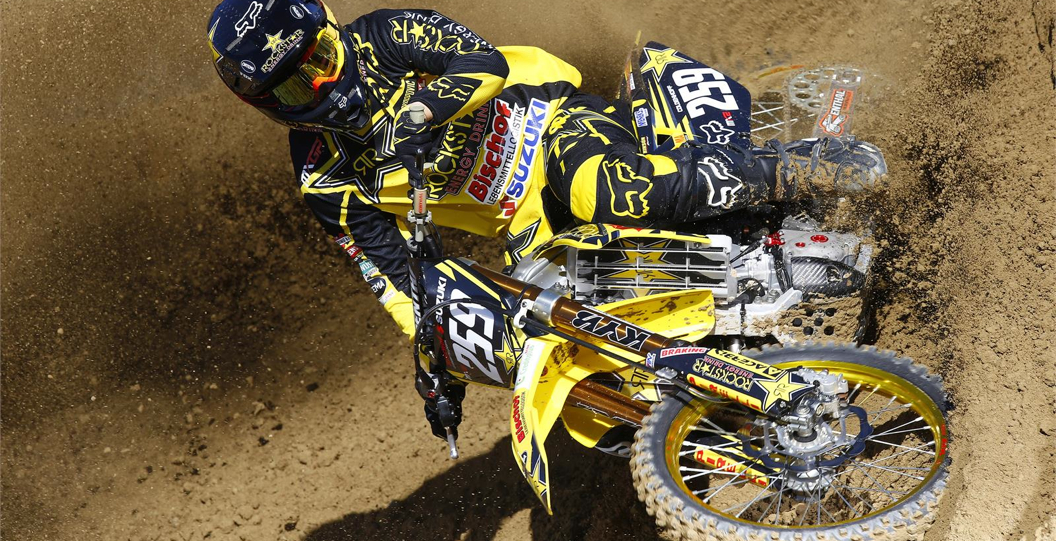 It has been a rough season for Tommy Searle, for a few reasons, as injuries and bike issues have hindered him. Unfortunately, he is now carrying another niggling health issue, as he damaged a ligament in his thumb before the GP of the Czech Republic. Although it may sound relatively minor, what we have seen in the past indicates that it is very difficult to deal with. Searle intends to ride through it; he had injections on Sunday to make it bearable, but he could still only manage fourteenth overall. Lommel will be a tough one, but he then has a few weeks off to recover, which should see him fighting fit soon!

Quietly, Clement Desalle has a problem with getting through a season uninjured; it seems like everyone is choosing to overlook it. Anyway, he will more than likely be on the sidelines for the rest of this year, as he has chosen to give his left scaphoid injury (that he picked up at Maggiora) time to heal. It is a wise choice, but it is obviously a huge blow to the series and Belgium’s Motocross des Nations team. Clement has not stated that he will definitely not return before the end of the year, but he has said that he “cannot imagine finishing the season.”

Finally, some announcements are being made in regard to what teams will be doing in 2015. The Red Bull KTM team has signed Pauls Jonass and Davy Pootjes to five-year contracts, so they obviously believe in the pair and see them as the future of KTM. Jonass hasn’t had the best season on a Marchetti KTM; he has been jumping between selected EMX250 and MX2 rounds, but has had very few notable results. However, in recent years he has proven that he has unearthed potential, so Red Bull KTM will be looking to extract that from him.

It was hardly surprising to hear that Davy Pootjes has been signed to a similar deal, as the team has made no secret about the fact that he is one of the riders that is the future of the brand. Before he was beset by injuries, Davy was the strongest rider in the EMX125 series. However, two shoulder dislocations have derailed his title campaign. In 2015 he will ride the EMX250 class and selected MX2 GPs, depending on how the year is going.

Glenn Coldenhoff has flown under the radar since he bowed out with an injury, as he has been focusing on his rehabilitation behind the scenes. However, he is ready to return now! Obviously, his race fitness is not going to be where it needs to be, but the fact that the race will take place in the sand (his preferred terrain) should help him out. Although he will be slightly rusty, I am sure that he wants to win a race at these last three rounds. Coldenhoff could also steal some points from Jordi Tixier, so that is another factor to consider.

Although unconfirmed, it seems that Tyla Rattray will return from injury (again) this weekend at Lommel. When Tyla last competed in the FIM Motocross World Championship full-time, he was consider a sand specialist, so it will be very interesting to see how he fares this weekend. Like Coldenhoff, I believe that his fitness will not be where it needs to be; however, he has to perform, as he is still looking for a home for next year.

Surprisingly, Julien Lieber has split from the Rockstar Energy Suzuki Europe team this week; no reason has been given for this currently. When the Belgian first joined the team, eyebrows were raised. However, he has really grown beneath the awning and I suspect he will be a top five contender next year, hence why it is surprising to see that they have gone their own way. Lieber will now have to find a ride for next year, although limited seats are available, as a lot of spots have already been filled.