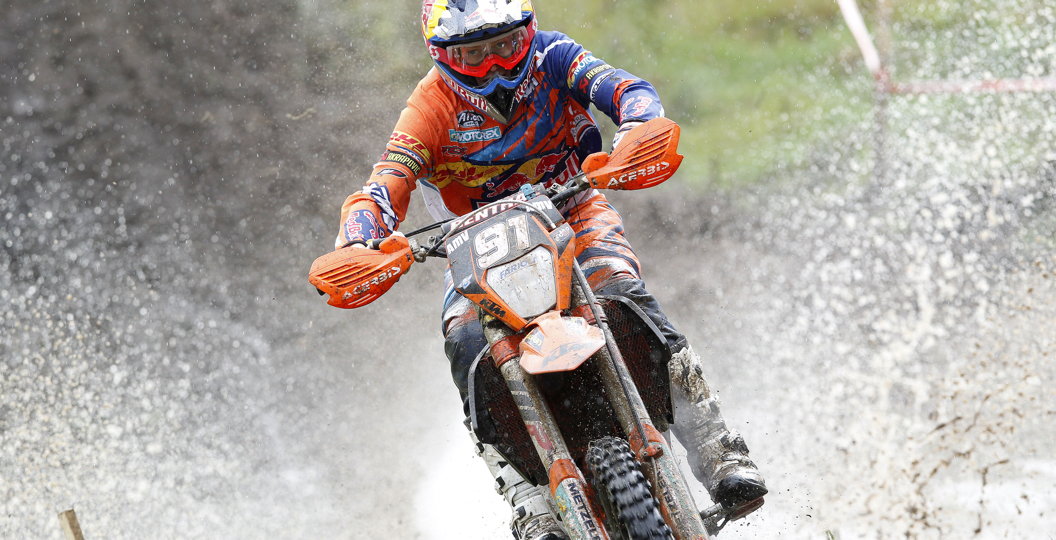 Nathan Watson, now racing the EWC beneath the KTM Enduro Factory Racing awning, has had a successful start to his first foray in the discipline. After going 3-3 in Morocco, round one, last weekend, he again impressed at the most recent Portuguese fixture.

After placing third in E1, and twelfth overall, on the first day, Nathan bettered that on day two. A third overall on the day, but second in his class, ensured that the rookie continues to garner the attention of pundits worldwide.

Commenting on his day on social media, Nathan stated that it was “not bad weekend in Portugal. Third in E1 on day one after two crashes. Day two was much better with second E1 and third outright!” Greece is next up on the EWC calendar, but there is first a breaks that spans across a couple of weeks.