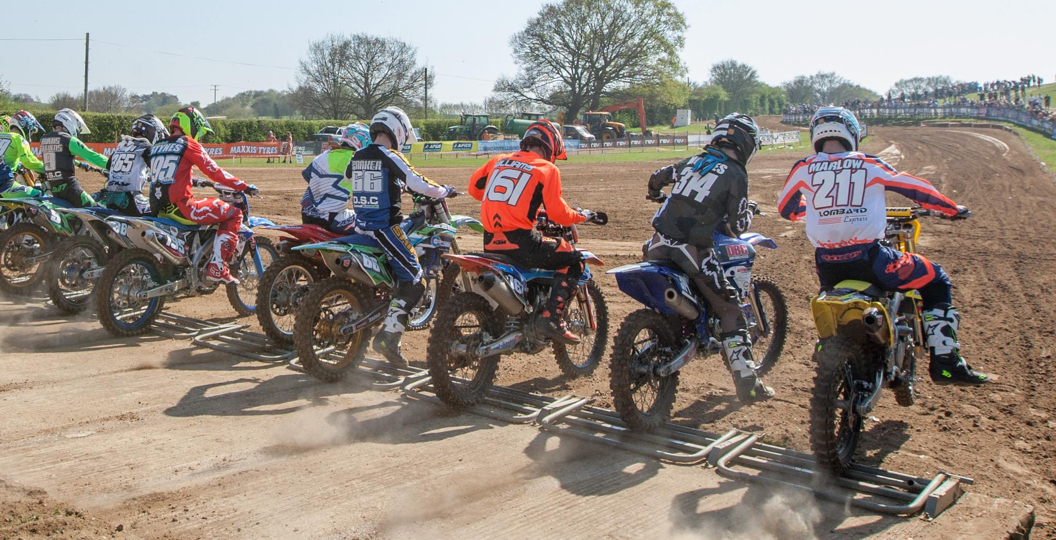 The MXY2 class at the Maxxis British Championship offers a great opportunity for all young riders to prove themselves, as it is effectively the British equivalent of the EMX250 series. Jake Parker, of the D.S.C Cornwall Kawasaki team, is one of the riders who is striving to make a name for himself in the class and was off to a strong start with a twelfth overall at Culham. Everything came crashing down at Lyng though, unfortunately.

MX Vice: Lyng was obviously a rough one for you, so just talk us through your weekend and how it all went.

Jake Parker: Lyng was a tough weekend to say the least. Qualification was one of my worst this year as, just before timed practice started, my bars found themselves loose and ended up dropping. By that time I only had one lap to do a fast one. My only moto of the day was going really well; I was running around seventh or eighth place. But, unfortunately, I landed heavy off one of the drop offs and damaged my shoulder. Initially it was thought I’d broke my collarbone, but I’ve just done a lot of bad damage to my shoulder.

Have you had any experience with an injury like this? What’s the plan with the recovery?

Touchwood, I’ve only ever had one injury like this. That was breaking my wrist and having an operation, but hopefully this one won’t have as long of a recovery time. I’m not sure how fast I’ll be back on a bike, but the plan is to start physio in the next couple of weeks.

You must be pretty disappointed to be out so soon. You had a solid first round, right?

Yeah, I mean I was looking to improve on my result from the first round. I’m pretty bummed, as I know what I’m capable of. That’s motocross I suppose – there’s always another race!

You have got a bit of a break now, seeing as the MXY2 isn’t back until the end of June, so do you think you’ll be ready for that?

That’s the plan, but then I don’t want to go all the way to Ireland to not be able to ride like myself. A couple of months should be all the recovery time I need to get my shoulder back to full movement again.

A great opportunity has come up with D.S.C Cornwall Kawasaki this year. How different is that team, compared to what you were doing last year?

It’s a massive opportunity for me. I have never really been on a team before and we have always had to pay for stuff of our own back. Now, having the backing from the team and other sponsors really gives me a confidence boost and makes me work even harder. I guess this year’s not been my year so far and I haven’t had a chance to prove myself to the team. It’s a weight off mine and my Dad’s backs, for sure! I would definitely like to say a huge thanks to them for giving me the opportunity that I’ve had so far.

Is it the money that’s the biggest difference for you and your family? What about having help with the bikes or advice from different people? Has dealing with the pressure been the biggest thing for you to adapt to?

Yeah, for sure, all of that. Things like tyres, oils and graphics aren’t cheap nowadays. For it all to be given to us is sort of surreal, as we have never been in that position before. Also little things like being able to ring someone like Ali, the team boss, and ask him about settings on suspension when we’re out practicing. It sounds stupid, but it’s definitely nice for me and my Dad to have someone to rely on if we’re not sure on some things. Pressure obviously comes into play, like at any team, but having someone as calm and relaxed as Alastair means it doesn’t really play a big factor.

I would like to say a huge thank you to the D.S.C Cornwall Kawasaki and the rest of the sponsors. They got me to where I am now and gave me the opportunity to ride a bike that I can both rely on and ride up front!

You did a bit of EMX150 back in the day, so do you ever look at getting out of England and doing some racing at the Dutch Championship or something like that?

It would definitely be cool to race outside of the UK soon, for sure, for the experience more than anything and racing on different tracks that I haven’t heard of before. I would like to give EMX250 a go next year at Matterley Basin, just to see how I would fair in with the top riders, but that’s still out of reach at the moment. Dutch races, or any sort of European races, will definitely be something to think about for the 2018 season, if we can afford to that is!