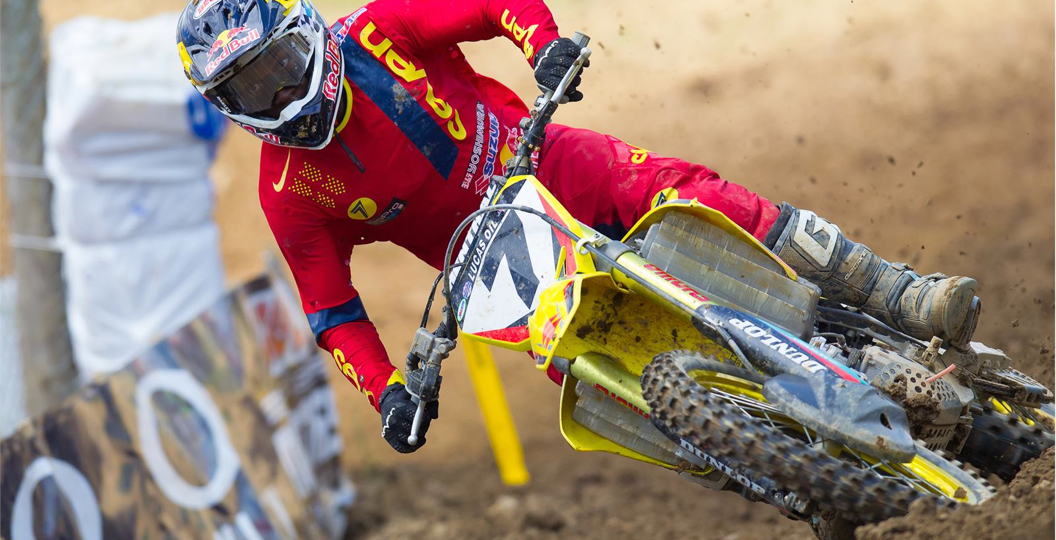 Question: The season is over, so we’re in a reflective mood. Who was the biggest disappointment for you in either class this year?

@LewisPhillips71: Chad Reed is an obvious choice, although he was fighting a variety of issues all season long. I would have loved to see Jake Weimer excel outdoors, but again injuries got in the way, which can’t really be helped. Overall there were no positives that he can take from his season, so it was certainly a disappointing one for him. I expected more from Jason Anderson, honestly; he should have been better. I didn’t think he would be winning races, but the form he showcased in supercross indicated that even bigger things were on the horizon. Unfortunately that didn’t materialise, as he had a hard time putting a solid moto together.

@Jimbobarooney_d: As Lewis has already covered three of the big ones, I’ll move onto another group – but I wholeheartedly agree with those three. For me, it’s the two Monster Energy Pro Circuit Kawasaki riders of Dean Wilson and Blake Baggett. Deano really struggled all season, which is a shame. Yes, I think it’s partly mental (knowing he’s off to KTM and can finally get off the small bike), but his performances looked weak all year and to not get on the podium is a shame. Baggett had a good run during the mid point of the season, but then fell away and looked decidedly average by the end of the year.

Question: What do you make of the Stewart brothers not racing since Millville, despite the fact that they have been practicing mid-week? Do you think they were really injured?

@LewisPhillips71: I don’t know! Malcolm was definitely dehydrated following Millville, hence why he was not present at the rounds following that. However, the fact that he was practising frequently but would never commit to lining up was peculiar. Out of the two, I would say that Malcolm missing the final handful of rounds was more genuine than James, who has not released any information on what is keeping him on the sidelines. He must know that he is losing fans with every day that he stays silent. What is the harm in coming out, admitting that he is (or is not) struggling with his health and will be back as soon as possible? Instead we are left to guess, which then makes him look even worse. The Stewart camp has always been a bit of a mystery.

@Jimbobarooney_d: Malcolm sounded like he had really taken a beating with serious dehydration. For me, it’s better to stay away from the races and fully recover, rather than coming back early and struggling again. In all fairness, he looked off for some time so that’s cool with me. James? As much as I’m a huge JS7 fan, I feel that he sat out due to the looming drug charges against him. It sounds like he’s been practicing and looked fine, but from his perspective it’s not worth showing up if he’s going to struggle. I really feel for him because he had a lot of speed and it really sounds like this has come out of nowhere, but I could be a biased fan boy.

Question: If you were one of the riders that is competing in the Motocross des Nations, would you compete in either one of the final two MXGP rounds to fill the gap?

@LewisPhillips71: Nope, I would not, and the people saying that they should just travel to either Mexico or Brazil need to stop saying that! By competing at those races, you are putting a lot on the line; you can’t go there and just race. Why put yourself in a pressure cooker situation when your season is finished? These guys have earnt a break. They are also busy with testing for the following season – a few of the guys are already out on a supercross track putting in the laps. There is nothing to gain from going to one MXGP round for the fun of it.

@Jimbobarooney_d: Now that’s a great question! They’re closer to home than most of the GP rounds, but I would still say no. Neither track is really that close to Kegums (I’m not talking physically), and what would they really stand to gain? They’ve just raced the outdoors, and it doesn’t seem worth it. If they can turn up a week early in Latvia and practice on that track or similar local tracks, then do it, but don’t enter a GP.