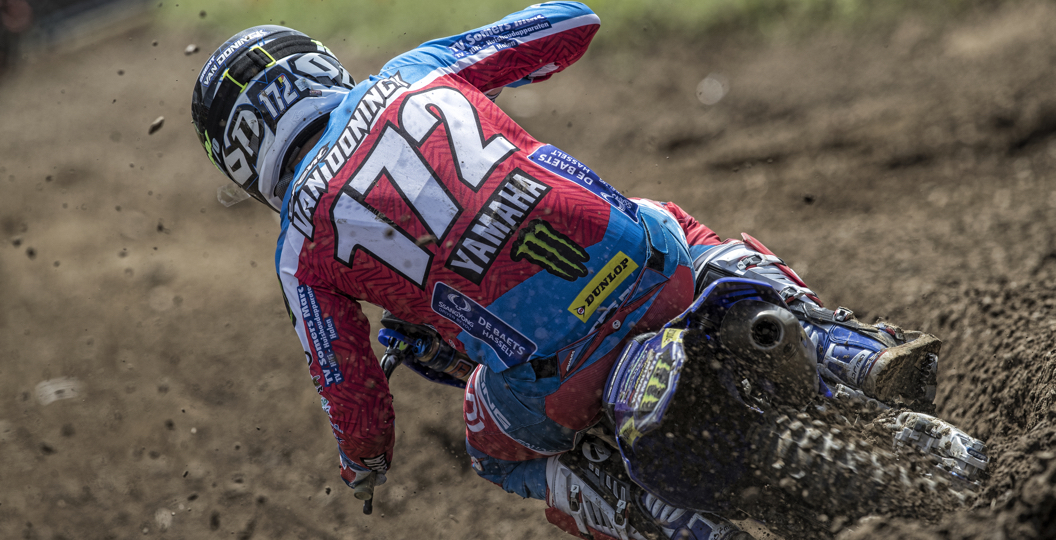 8Biano Racing Husqvarna have finalised their team for the new season, as it is now official that Brent Van Doninck will sit alongside Iker Larranaga Olano. After fielding a four-man team this year, which consisted of two MXGP riders, the Italian team have elected to focus solely on their 250F programme in 2018 and beyond.

“I’m really happy to be a part of the 8Biano team,” said Brent Van Doninck in a press release. “It’s a fresh start for me because everything is new to me (bike and team). Unfortunately I need to start my preparation and testing with the bike a little bit later, because of my wrist surgery, but my trainer and I will work hard to get one hundred percent fit for the first race in Argentina. I can’t wait to ride the bike and I’m really motivated for next year.“

Van Doninck found out at the end of the season that he tore ligaments in his wrist at the Russian Grand Prix, so had been riding with the issue through the final half of the season. The Belgian, who has been with Kemea Yamaha for the last three years, has had just one overall podium finish in his career. That occurred at the MXGP of The Netherlands in 2015.