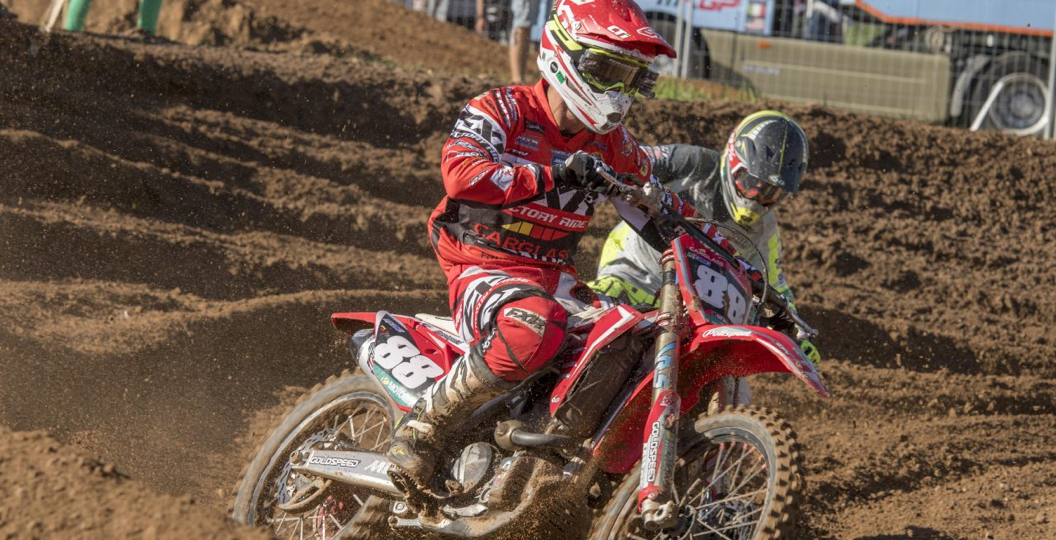 The 114 Motorsports outfit have had a difficult time of it thus far this season, as both Hunter Lawrence and Bas Vaessen have been hit by injuries. Lawrence is questionable for the Grand Prix of Germany, which will be held this weekend, but Vaessen will be sidelined until the end of June, after rupturing a muscle in his leg at the Grand Prix of Trentino.

Seeing as that seat is currently free, Livia Lancelot has pulled Freek Van Der Vlist up to the MX2 class for the German event. The transition will not be too taxing, of course, as he is already a part of the Honda Europe family. “Really happy to announce that I will be racing for 114 Motorsports this weekend in Teutschenthal in the MX2 class,” he wrote on his social media. “I really want to thank the team for this big opportunity.”

Freek Van Der Vlist has been contesting the EMX250 class for Carglass Honda this season, but things have not gone too well. Van Der Vlist is twenty-sixth in the series standings and had a season-best finish of fourteenth in Russia.