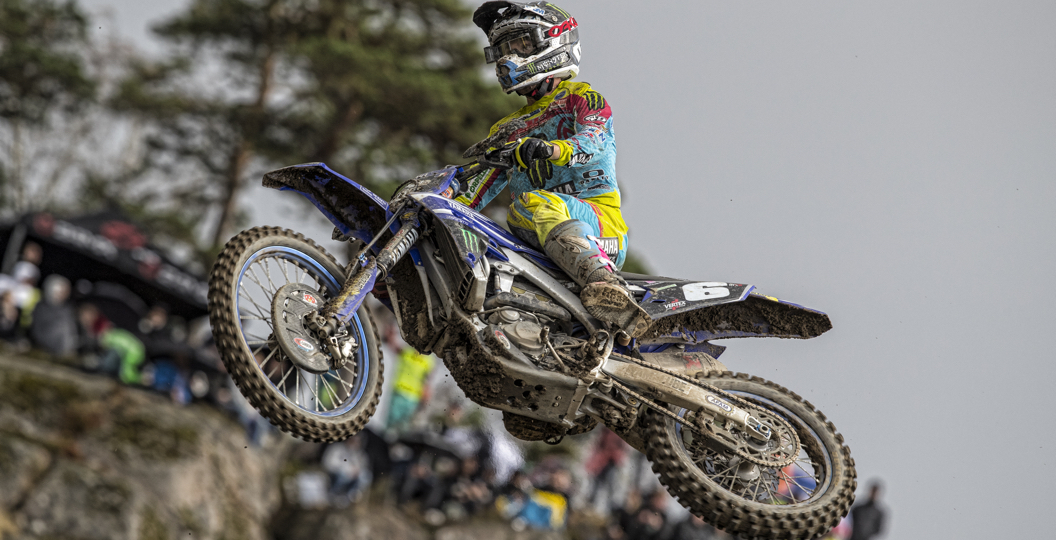 The FFM (the French federation) named an extremely strong Motocross of Nations team just a few weeks ago, but the defending champions have encountered a turbulent time of it recently. Romain Febvre has returned to top form, which will undoubtedly help their cause, but the 250F riders are now questionable for the event.

Dylan Ferrandis broke his scaphoid in a first-turn crash at Budds Creek and, consequently, will not be competing at the Lucas Oil Pro Motocross finale this weekend. Although his status for the MXoN has not been confirmed, he’ll be in a race against time to make it onto the starting line. That was not too big of a concern for French fans, however, as Benoit Paturel was down as a replacement and is competitive in the MX2 category. Paturel has recently dealt with some misfortune of his own though.

“I had a big crash [on] Wednesday on the circuit of Villars Sous Ecot,” he wrote on social media. “After exams passed in the hospital, I am forced to remain under surveillance for a few more days. I would keep you informed of the evolution of my condition! Thank you for your support.” Paturel should have more than enough time to be ready for the MXoN, seeing as the event is more than a month away, but the fact that he is being kept “under surveillance” indicates that there may be more to this.

Time will tell if either of these riders are in a position to race at the highest level on October 1st. If they are not, names like Jordi Tixier and Stephen Rubini may begin to enter the fray.