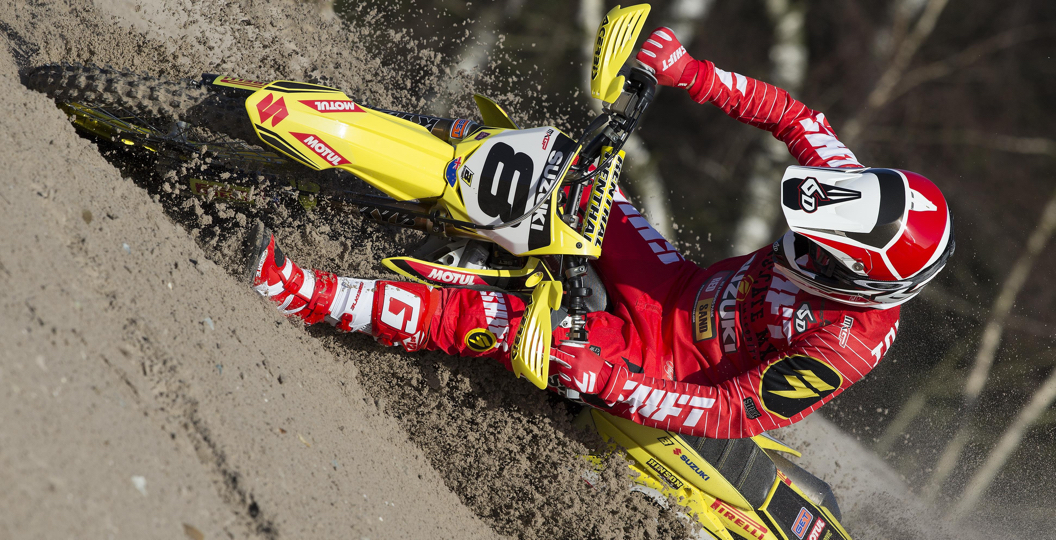 Team Suzuki World MXGP’s Ben Townley will be out of action for the last six rounds of the 2016 FIM Motocross World Championship after suffering a crash while testing earlier this week that required a hospital visit for internal injuries.

The luckless New Zealander went down during further testing work at Mantova in Italy on Tuesday and was hospitalised on his return to Hasselt, Belgium with damage to his intestines that required scans, checks and close observation. Such is the nature of the injury that the projected recovery time means that it is extremely unlikely that the former World Champion will race his RM-Z450 in anger in Grand Prix again this season.

With Kevin Strijbos convalescing from a wrist injury the team is currently searching for a replacement for Townley that can join then Belgian in the gate for the Grand Prix of the Czech Republic towards the end of July and then also for rounds in Belgium, Switzerland, Holland and the USA.

“We feel terrible for Ben who has worked hard and done everything we could have asked to be competitive at this level. He has experienced some incredibly bad luck this year,” said Team Principal Stefan Everts. “We felt we were getting to a point where we could have a strong end to the season but now the most important thing is that Ben can make a full recovery and he has all our support and best wishes in this respect.”