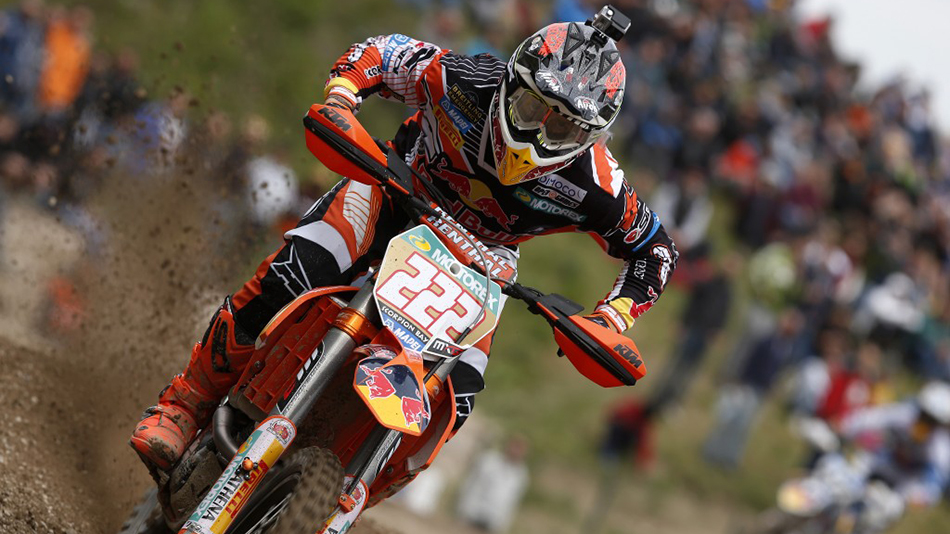 The Time Sheets: GP of Trentino

Following some lacklustre battles at the previous two rounds, the GP of Trentino featured some great battles for the lead in every race. It was a testament to how great these old-school tracks are, you have to believe that this influenced the racing.

Bizarrely, Antonio Cairoli wasn’t really a factor in the battle for the lead at his home GP. However, this was not because of a lack of speed, evidently, which may surprise you. When you look at the results, you would immediately think that he just wasn’t fast enough, right? Well, if you look at the lap times that seemingly was not the case. In fact, he had the fastest lap of the race (on lap five). So the speed was there, so why were his results so lacklustre? His starts were detrimental, as the track was extremely hard to pass on.

If he had not had that crash on lap eight (hence why his lap time was a little higher than normal), he could have won, quite easily, as he was into second at this point, and was running a faster lap time than [Clement] Desalle. However, at the same time, he was making a ton of mistakes, which may have been a direct result of him forcing the issue; you cannot do that on a track as slick and rugged as Arco di Trento, without it having repercussions. Cairoli was trying to find that line, of course,   but he crossed it a few times.

Clement Desalle was running a very similar pace to Gautier Paulin (before the Frenchman dropped out), so he was clearly fast enough to win straight up. But, because he moved into the lead when Gautier was hit by a mechanical problem, most fail to see that. Clement was consistent with his speed, and lap times, which is exactly what the track required. So, it isn’t surprising that he thrived, when you consider that.

Although Jeffrey Herlings was from one-hundred percent at the GP of Trentino, it was still surprising to see that Arnaud Tonus (and Glenn Coldenhoff at one point) could match his pace, as we are so use to him being superior. Despite the fact that he won the GP, you could argue that he was not the best guy on the day, which is certainly something that we cannot say too often. The lap times highlighted above are extremely impressive, as Tonus was setting faster times (that matched the ones set by the top MXGP guys) despite the fact that he was working through traffic following an awful start.

However, the fact remains that the MX2 riders (like Arnaud) are not experienced enough where they put themselves in a position to win each time out. Ultimately, this cost the series leader another GP win, and some valuable momentum. If I were Tonus, I would be concerned, actually. Although he was slightly faster, and he can find comfort in that, Jeffrey was just as fast as him all weekend long, despite the fact that he was far from one-hundred percent. So, there is no reason to think that Herlings will not be superior again, when he regains his fitness, and speed.