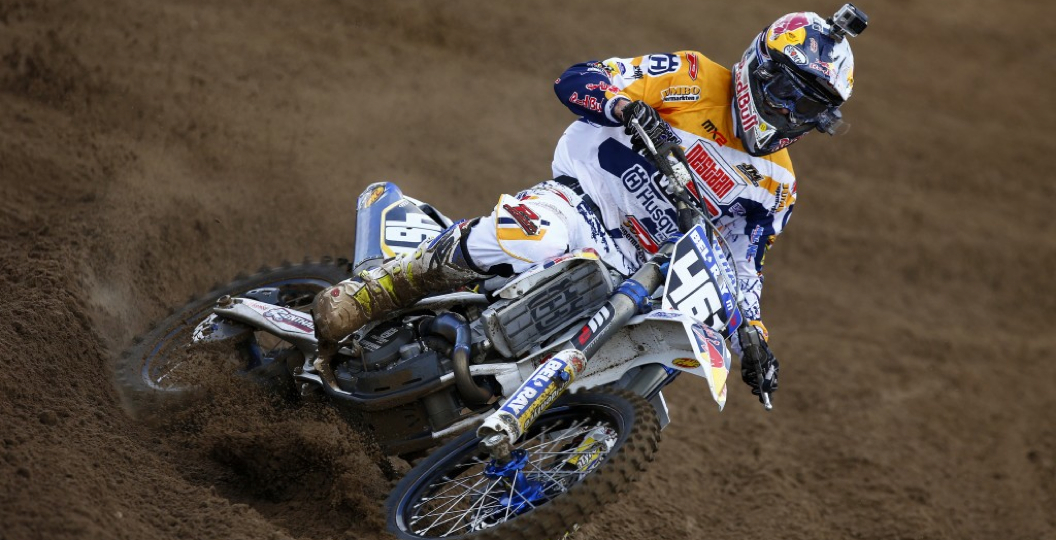 Strong rides for Husqvarna at Lommel

With the MXGP of Belgium marking the final European stop in the 2014 FIM Motocross World Championship there were some solid performances from Husqvarna Motorcycles.

Delivering the best result for the brand, Wilvo Nestaan Husqvarna Factory Racing’s Romain Febvre claimed a promising fourth overall in the MX2 category. With the sandy tracks of Lommel regarded as one of the toughest of the series, Febvre again put himself to the forefront of the MX2 class. Second in Saturday’s qualification Febvre placed fourth in race one. Repeating his result for the second race, the Frenchman ended his weekend fourth overall.

For teammate Aleksandr Tonkov the weekend didn’t pan out quite like he hoped. Showing some great pace in qualification and starting well in both races, Tonkov placed seventh in both races.

In the MXGP class, both Red Bull IceOne Husqvarna Factory Racing’s Dean Ferris and Tyla Rattray carded top ten results in difficult conditions. With Lommel marking the end of Ferris’ replacement rider stint with the team, the Australian gave his best effort to end it on a high. Pushing hard in both races, he improved from ninth in race one to seventh in race two to finish seventh overall.

Back in competitive action Rattray jumped straight into the thick of it in Lommel. Eighth in race one, the South African struggled to repeat his result in the thunderstorm-affected race two and placed 10th for ninth overall.

The FIM Motocross World Championship continues with round 16 at Trindade, State of Goias on September 7.

Romain Febvre: “I’m happy with my performance this weekend. Finishing second in qualification was a big help. I got two good starts and was able to run a strong pace. I really wanted to put two strong rides together and I felt I did that this weekend. Of course I wanted to make the podium but I was consistent and scored more important points for the championship.”

Aleksandr Tonkov: “What can I say – it’s been an ok result for me. Both of my starts were good but I lost a few places on the first lap of each race and had to fight my way back from that.”

Dean Ferris: “On Saturday I felt very sick but I managed to pull through. My starts were strong and in the first race I enjoyed a good battle with Tyla for most of the race. Race two was better. I was seventh and closing in on the guys fighting for fourth. My laps times were faster and I felt like I could get it. But then things turned crazy with the rain and lightning. I had to ditch my goggles – after that it was a matter of survival. Overall these four European races with the team have been a fantastic experience. They’ve been awesome and despite being a replacement rider they gave 100 per cent effort to my results. I’m grateful to the opportunity they gave me.”

Tyla Rattray: “Returning back to the MXGP at Lommel was always going to be tough – this track is brutal. I’ve only rode my bike about four times prior to this race so it was hard to match the top guys but I gave it a good shot. I’m happy to have got this race out of the way and will work hard for the next few weeks to be ready for the final rounds of the series.”