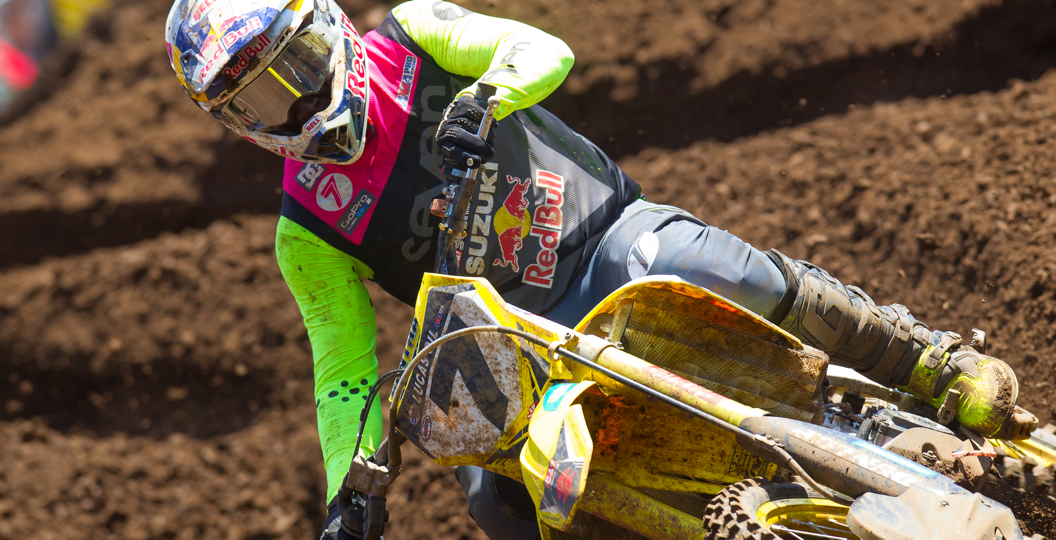 Chino, CA (August 18, 2016) – Yoshimura Suzuki Factory Racing’s James Stewart will miss the rest of the 2016 Lucas Oil Pro Motocross Championship after reinjuring his shoulder in practice prior to Unadilla. Stewart was hoping to race the final two rounds of the series, but the combination of his fitness level and the nagging shoulder injury, which was incurred at the Hangtown National in May, leaves him unable to attempt competing.

Yoshimura Suzuki will close out the season with Matt Bisceglia continuing to fill-in for the squad in the final pair of races of 2016 at Budds Creek, Maryland this Saturday and in Crawfordsville, Indiana on August 27.

“The team decided it was best for Stewart to not attempt competing in the last two rounds,” said Mike Webb, Yoshimura Suzuki team manager. “It’s been a disappointing year for James and the team. It just seemed like every time he started to comeback, he’d hit another roadblock. We want to see James get back to full health.”

“The reality is that motocross is a tough sport and this kind of thing is not uncommon,” Webb continued. “On the positive side we were able to bring in Matt and he’s done an outstanding job as a substitute rider, scoring three-top 10 finishes in his first season racing the 450s. We’re hoping he can continue his strong momentum In the final two events.”

When it was revealed that James Stewart would miss Unadilla, details were few and far between. It seems that was because there is actually no injury to speak of, as another press release from Yoshimura Suzuki simply states that “James Stewart missed the round after tweaking his shoulder in a training incident.“

Following previous injuries, an expected timeline on his recovery was given. There was, however, no more information with this latest ailment. With just two back-to-back races remaining on the Lucas Oil Pro Motocross, it is possible that we may not see him again this year.

Stewart now has enough points to use the number seven again in 2017, so there isn’t that incentive to race, but he is looking for a new deal. Reports from the USA indicate that he won’t be returning to his current team and, with the horrific results that he has had recently, you have to question whether anyone would pick him up.

With just three Lucas Oil Pro Motocross rounds remaining, it seemed unlikely that James Stewart’s year could get any worse. Things appear to have gone downhill again, however, as the Yoshimura Suzuki team have confirmed via social media that he won’t race at Unadilla today.

Weirdly no reason was given for his absence, as they simply stated that “teammates @BlakeBaggett4 and @TheRealJS7 will not be attending this weekend.” Fans were obviously in uproar and immediately posed various questions below the post, but the team elected not to respond.

Stewart was initially expected to compete at round ten of twelve, as team manager Mike Webb mentioned after the previous round that “James now has two weekends off to improve his fitness and we’re looking forward to him trying to earn even better results at Unadilla.” This would indicate that another crash/injury is the reason behind his mysterious disappearance, but Stewart posted a video of him riding just last week.

The Yoshimura Suzuki will have one bike on the track today, as Matt Bisceglia will return to racing for the first time since Southwick.