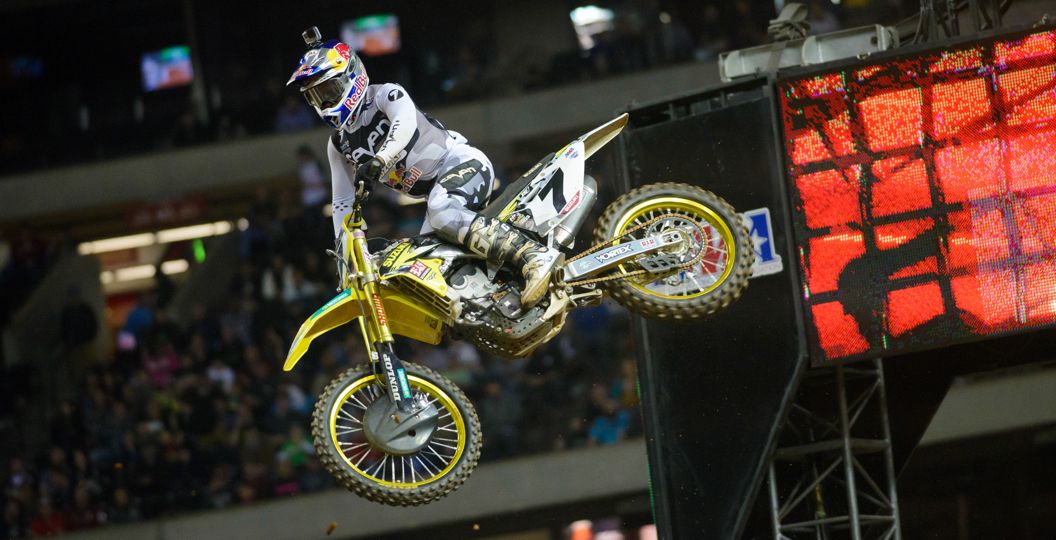 Stewart, among others, to return

James Stewart will return to racing this weekend, for what could be considered the fifth time this year. Multiple sources have confirmed the news, but it was first alluded to on the official Monster Energy Supercross Twitter account.

Stewart has had a turbulent time thus far to say the least, as he suffered a concussion at Anaheim 1 then couldn’t return to racing until Oakland. After attempting to race the night show there, something he failed to do at San Diego 1, James pulled in halfway into the main event and wasn’t seen again until round eight.

It was at that event, Atlanta, that James completed a main event for the first time this year; he finished fourteenth. However, he was unable to avoid controversy as some would argue he impacted the race for the lead when he was lapped on the final lap. Daytona was next up and where his most recent issue occurred. ‘7’ looped out in the whoops and couldn’t sit down following that, so had to miss the next two rounds. Finally, he will return to racing and attempt to establish some momentum this weekend.

James won’t be alone in dusting off the cobwebs, as JGR Yamaha’s Justin Barcia will return to racing for the first time since round two also. Justin has been missing with a thumb injury, but has been back on the bike for the last couple of weeks. Josh Hansen will make his 2016 debut also, under his own banner, and will run the ’57’ in the 450SX class.