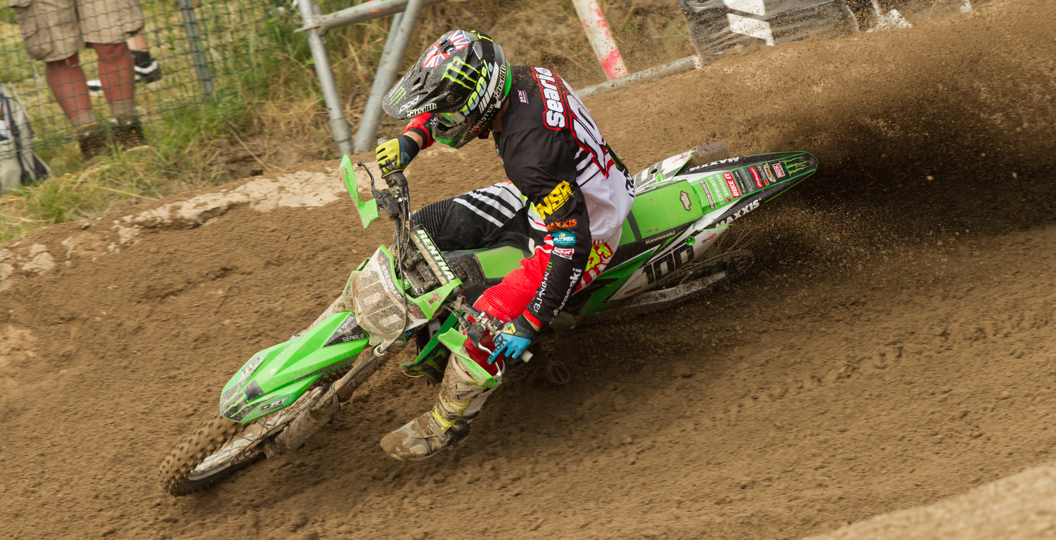 – Mantova was perhaps the most vulnerable that Tim Gajser has seemed in quite some time, which may sound ludicrous seeing as he romped to a pair of moto victories. Gajser has topped at least one of the three sessions on Saturday at each round since Valkenswaard in March, you see, but just could not manage it in Lombardia. This meant that his streak of time practice triumphs ended at five also.

– It may have seemed peculiar to see a rider as decorated as Gautier Paulin be elated with second overall. There was a reason behind that though, as Mantova marked his second trip to the overall podium in a row. When did Paulin last finish on the box at two consecutive rounds? He finished second overall at the penultimate round in 2014 and then claimed the win at the finale a week later.

– That previous point may come as a surprise to you, but there is a Gautier Paulin stat that is even more incredible. Paulin currently has three moto podiums in a row to his name, but when did he last manage that? It was through rounds five and six during his rookie season on the 450F in 2013! Weird, right?

– Clement Desalle was also ecstatic with his result in Mantova. For the first time in almost a year, he hopped up onto the overall podium with a 4-2 scorecard. The next step for Desalle will be to claim an overall win, which he last did one hundred and five weeks ago! That is quite a drought for someone who is considered a title threat each season.

– The podium finish that Desalle acquired was also a major relief for the Monster Energy Kawasaki team, who have not had a rider on the box since Ryan Villopoto at the Thai GP in March last year. Josh Grant put a green bike on the second step at Glen Helen, of course, but he was on a separate deal with the American-based factory team.

– It is no secret that Max Nagl has found himself on the sidelines quite a lot in recent years and, well, there is a statistic to support that. Nagl has currently competed in sixteen consecutive rounds, but when did he last manage more than that? He was present at twenty-three rounds in a row from the GP of Germany in 2010 to the final round of 2011, but has been interrupted by broken bones and illnesses since then.

– Another Max Nagl statistic! He had twenty consecutive top ten moto finishes after the first moto on Sunday, but obviously could not manage to continue it in moto two. When did he last better that? Well, from that German GP in 2010 to the Portuguese event in 2011 he appeared in the top ten twenty-eight times in a row. The highs may not be as spectacular as the beginning of last year, but he has certainly become a more consistent figure.

– Seventeenth overall may not seem like a great result for Tommy Searle, but he was actually deserving of more than that. Searle had nine points (for twelfth) taken away from him following moto one, as he was disqualified for course cutting. “I rode from last to twelfth and then the FIM penalized me for a reason I don’t even understand,” Searle said in a press release. “They said I cut the track but you can see in the lap-times and sectors that I actually lost time on that lap because of it. I was bumped off the track and he even said it was his fault!”

– What happened to Ben Townley, I hear you ask? A couple of falls in moto one prompted him to retire with a sore knee, but he was ready to go again at the start of race two. Another small crash caused his race to come to a premature end, however, and he then exited the facility rather quickly.

– That was not only a major blow for Townley, but also Suzuki. Astonishingly the manufacturer has scored just fifteen points across the last four rounds, whereas Honda have added one hundred and ninety-eight to their total. With that in mind, it is hardly surprising that they sit sixth in the manufacturer standings and a whopping sixty-eight points back of Kawasaki in fifth.

– Matiss Karro was in a similar position to Townley, as he still has not scored a single point in the 2016 FIM Motocross World Championship. Karro was actually in the points in moto one, but ended up withdrawing when the heat took its toll. A stall on lap two of the second moto caused him to head for the paddock again.

– Chad Reed was another rider with a pair of incomplete motos on his scorecard; bike issues were the reason for that. An electrical problem restricted him in moto one and then he elected to not line up for the second. That was that, the end of his European vacation.

– The fact that Jeffrey Herlings ended up with an advantage of one minute and thirteen seconds in the second moto on Sunday was pretty incredible, but not that much of a surprise. He bettered that at Valkenswaard, as he won the second moto by one minute and nineteen seconds, and also won by more than a minute in race two in Latvia. Is it a coincidence that those advantages all came in second motos, when the tracks would have been at their roughest?

– By setting the fastest lap times in each moto, Herlings also added to his advantage in the Tag Heuer ‘Best Lap’ standings. He has, unsurprisingly, set the best times in ten of the twelve motos, so is sitting on a pretty comfy advantage. The Dutchman also continues to lead the Fox Europe holeshot standings by a single point.

– Jeffrey Herlings led twenty-nine of the thirty-four laps that were run on Sunday, so has now led three hundred and twenty-seven across this season. The closest rider to that total is Dylan Ferrandis, who has led forty-two laps through twelve rounds. The rider with the third-highest total is Max Anstie, who has been up front for just sixteen laps.

– The fact that Brian Bogers finished second overall on Sunday may come as a surprise, especially if you are familiar with the results he has acquired thus far. Before Mantova, Bogers had finished in the top five just three times with a career-best fourth in Trentino a little over a month ago. When he led the way in moto one that was also the first time that he has ever led a lap.

– If you are like me, I am sure that you have been waiting for Jorge Zaragoza to breakthrough. It seemed that he was set to do that in moto two, as he started in the top five, but a finger injury forced him to withdraw early. The fact that he posted the fourth fastest lap time was very positive though.

– Max Anstie had a reasonably good ride in moto one, as he finished in the top five for the twelfth time this year. The second moto was a bit of a mess though, as he hit the gate (after that malfunction) and later withdrew with a painful leg after getting tagged by a downed rider. There is nothing to worry about with his leg; he has already stated that he is fine.