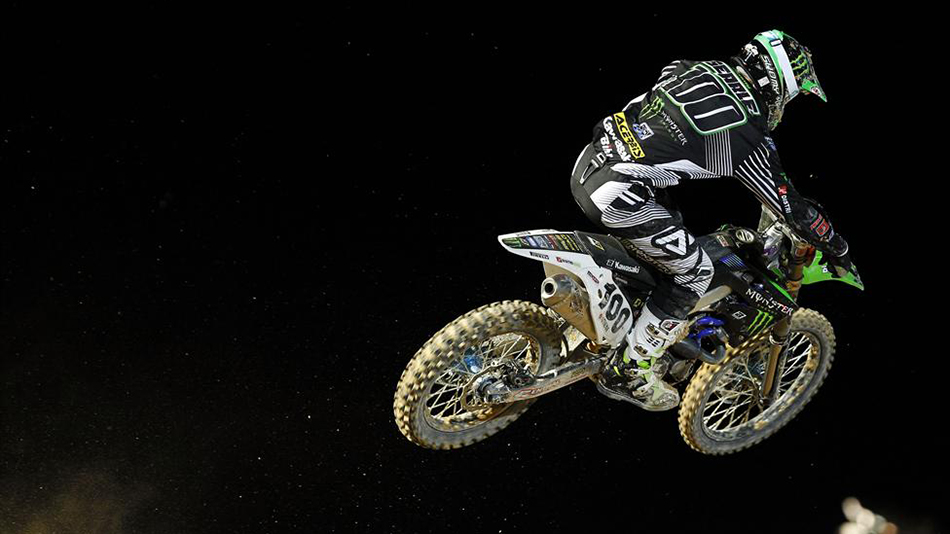 Finally, Tommy Searle will make a return to racing this weekend at Valkenswaard, now that he is fully recovered from the wrist injury that he sustained at the GP of Thailand. Searle is one of the most popular riders in the paddock, as you would expect. After all, he has a huge British following, and has picked up a lot of fans in his career, thus far. So, there were a lot of people that were distraught when he bowed out at round two.

It was a tough pill for Tommy (and his fans) to swallow, as the incident was not even his fault – the bike bogged on the take off, due to the fuel issues that most teams ran into at Si Racha. However, that is in the past, now, and Searle has been busy building the wrist back up. Originally he was slated to return at the British GP, so the recovery process has seemingly gone well, as he is making his return to racing a couple of weeks early. Searle has already stated that he will not be one-hundred percent in the deep sand of Valkenswaard, but it will be good to get some race time beneath his belt.

Tommy will be in a unique situation for the rest of the year, as there is very little pressure on him – he isn’t going to be able to secure (what he considers to be) a good result in the series standings. But, there will be pressure from different areas, as he still hasn’t had a podium in the MXGP (formerly MX1) class. Of course, he had third overall at the Swedish GP last year, but it was ripped from him, because he jumped on a yellow flag. So, Searle is still looking for his first MXGP trophy; he will want to get that monkey off of his back as soon as possible, undoubtedly.

It might be a little while before he is in a position to do that though, as he has to build himself back up from the injury, and catch up to the riders that have a lot more time on the bike. Tommy had to recover from an injury in the off-season as well, so he really is not where he needs to be.

Searle has certainly got some catching up to do, evidently. When he entered the premier class at the beginning of 2013, he was joined by fellow MX2 graduates Jeremy van Horebeek and Joel Roelants. Searle was the only one of the three that we [the fans] presumed would have an impact on the title race, though. However, he has been surpassed by van Horebeek, as the Belgian has become a consistent top three finisher, and has shifted his goals – he now wants a GP win. So, Tommy has been left behind a bit, when you look at it like that.

However, with the pressure off, he can focus on getting back to where he was before the injury, and making an impact on the race at the front, before challenging for the title in 2015. Tommy has just had a few days on the bike, so I think that a brace of top ten finishes at Valkenswaard will be a great base for him to build off of in the coming weeks. The CLS Kawasaki rider has stated that he wants to stay out of trouble, and just get through the weekend without any setbacks.