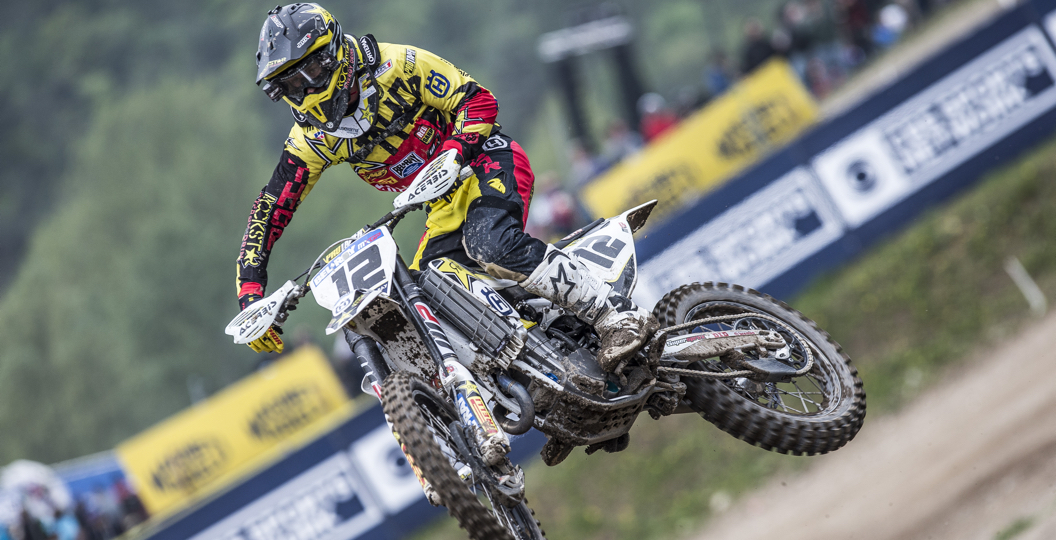 Before social media, fans had to wait for the pre-season internationals to see riders aboard their new steeds for the first time. Those days are gone, however, as we are just a handful of weeks into the off-season and most riders have already revealed their new look! Parts one and two of this feature was so incredibly popular that we just had to release another part, which includes all-new footage of guys testing for the upcoming season.

Calvin Vlaanderen: Whilst some have criticised the fact that Brian Bogers has replaced Evgeny Bobryshev on Team HRC, there is no denying the fact that Calvin Vlaanderen is more capable than the riders that the Japanese manufacturer had in MX2 this season. Vlaanderen hopped over from HSF Logistics KTM, like Bogers, and is now decked out in HRC colours, including all of the team sponsors. Pictures of him sat on the bike were already out there, but now the first video of him in action has surfaced. It seems as though he’ll run number ten when the new season begins.

Ben Watson: There were no videos of Ben Watson aboard a Yamaha when previous editions of this column went to press. One has now surfaced, however, as he was busy putting in laps ahead of his debut on the new steed. Watson now runs Moose gear, an Airoh helmet and Forma boots to keep in line with the sponsors that his team have. It seems as though he’s managed to keep Oakley though.

Graeme Irwin: The trend of MXGP riders preparing for the new season beneath the sun of California has died down a little recently, but Graeme Irwin is doing just that. Irwin is not pictured on his KTM UK steed in this video, as he has borrowed a bike that is decked out in Troy Lee Designs Red Bull KTM graphics. This is still the first look at him aboard Austrian machinery though.

Adam Sterry: The first video of Adam Sterry aboard his F&H Kawasaki. The fact that this is black and white may make it difficult to decipher which brands he is sporting, but he is in Leatt gear and an Arai helmet like his teammates. Scott goggles and TCX boots are also involved in the deal, it seems. The Leatt gear is actually quite a big deal, by the way, as F&H are the first prominent team to run it in the FIM Motocross World Championship.

Max Nagl: Although there are no videos or photos of Max Nagl on a TM yet, as he broke his scaphoid at the Motocross of Nations, this offers a glimpse at what he’ll look like. Nagl’s steed for the new season was unveiled at the EICMA show in Milan, along with his new jersey from Circuit. Circuit, a company based in Italy, have obviously been a long-time sponsor of the TM Factory Racing team.

Alvin Ostlund: Following a mediocre, but solid, year, Alvin Ostlund has stepped down to the SM Action Yamaha team for the new season. Although he is pictured on a 450F below, he’ll contest the MX2 division yet again. The Swedish star will also run UFO gear, a UFO helmet, Ethen goggles and TCX boots for the first time.